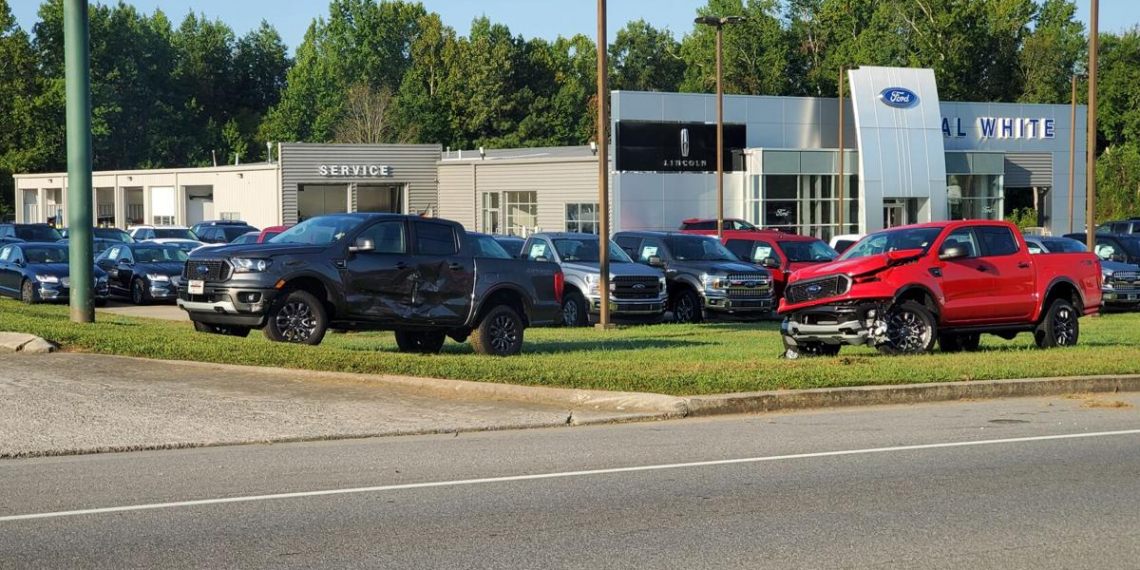 Al White Motors of Manchester is having to replace two Ford Ranger pickups after an accident occurred in front of their dealership on Labor Day.

According to the Manchester Police Department accident report, Brenton M. Schaper, of Hillsboro, and  Hunter Duane Schaper, of Marshalltown, IA, were traveling on the Hillsboro Boulevard in an 1988 Chevy pickup when the driver started coughing and veered off the road, striking a street sign and the two parked pickup trucks at Al White Motors.

One of the men was transported to Tennova Harton Hospital in Tullahoma by ambulance.

According to the report, Brenton will be issued citations for not maintaining proof of insurance and violation of vehicle registration.