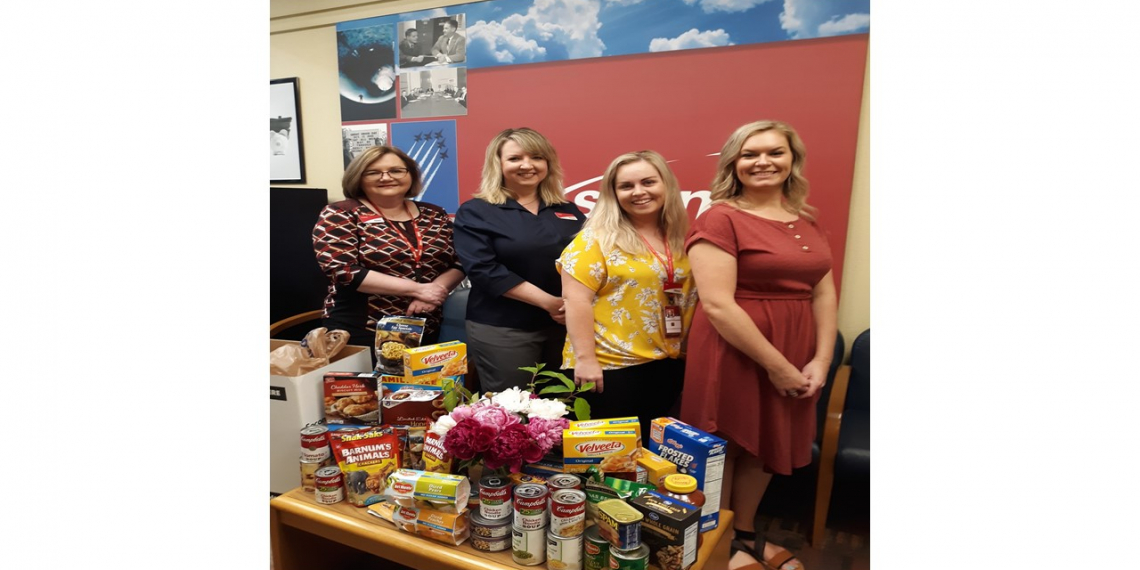 Recently, Ascend Federal Credit Union employees donated 5,279 food items to the Second Harvest Food Bank of Middle Tennessee. The collection was held in May at Ascend’s corporate office in Tullahoma and all of its 28 branch locations.

“It’s important to support Second Harvest throughout the year, as hunger doesn’t discriminate by season, especially this year with many Tennesseans still going through hard times due to the pandemic,” said Ascend President and CEO Caren Gabriel. “I’m so proud of the generosity of our employees, who surpassed our goal by 3,488 items. This small act of kindness will make a big difference to the people in our communities struggling with putting food on the table.”

The Second Harvest food drive collected enough food to donate to 27 different agencies in Middle Tennessee.   Ascend, its employees and its members have been participating in food drives and raising money for Second Harvest since 2018, and they have donated more than 20,000 items during the last four years. The credit union also donated $25,000 to Second Harvest in 2020, which included $2,264 in contributions from members. The total donation paid for more than 190,000 meals for Middle Tennesseans.