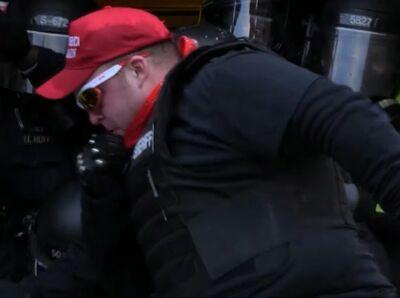 A Bedford County man was arrested Wednesday after a federal indictment accused him of assaulting a police officer during the U.S. Capitol riot on January 6.

27-year-old Ronald Colton McAbee is being charged with assaulting and inflicting bodily injury on a police officer, as well as entering and remaining on restricted Capitol grounds on January 6, according to the Department of Justice.

McAbee was identified by the FBI from pictures taken at the Capitol on January 6.

He made his initial court appearance in the Middle District of Tennessee.

Photo from the FBI