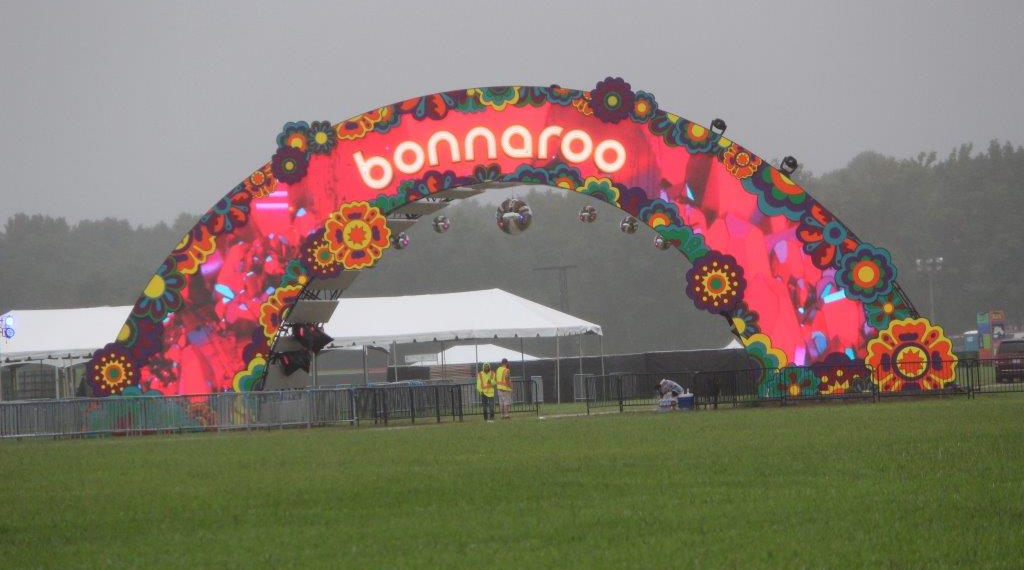 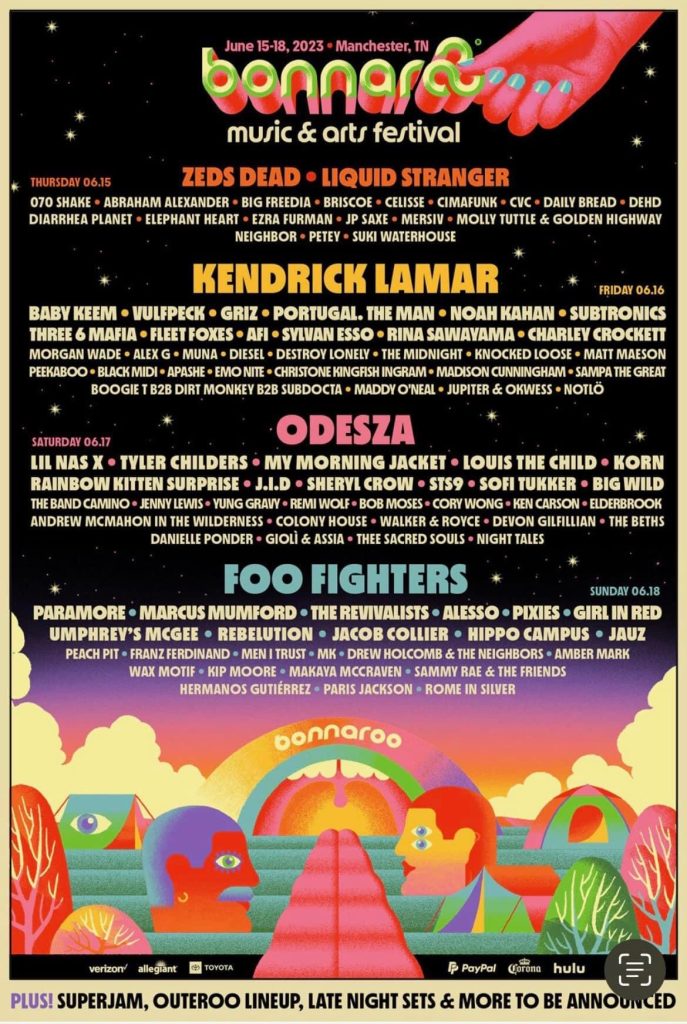 The artist lineup for the 2023 Bonnaroo Music and Arts Festival, June 15-18 in Manchester, was announced on Tuesday morning.

The festival’s headliners will be Zeds Dead and Liquid Stranger on night 1, followed by Kendrick Lamar and Odesza on night 2, and Foo Fighters closing the event on the final night.