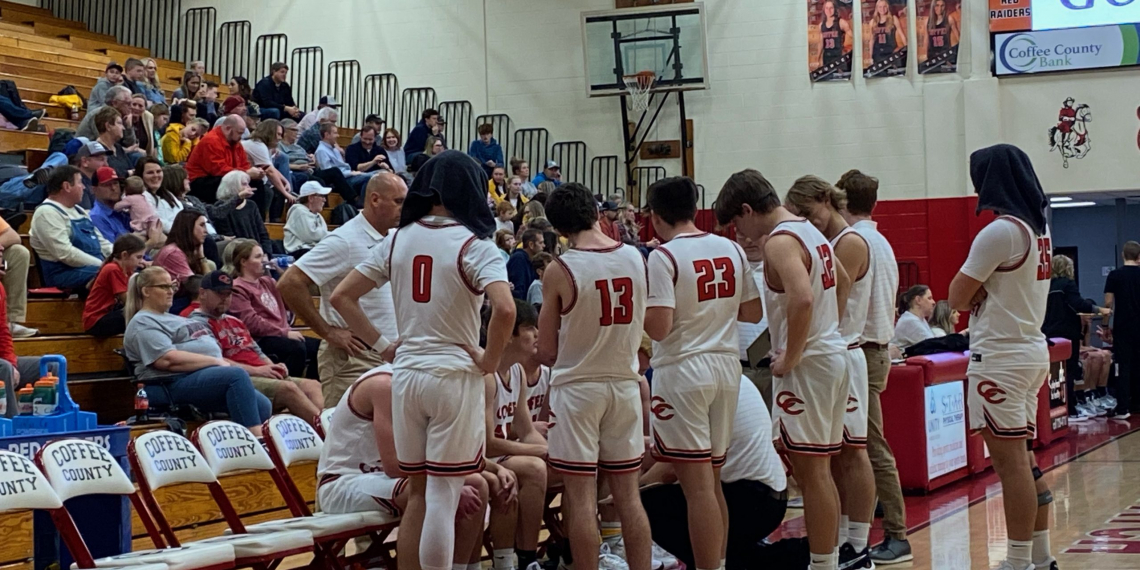 In the girl’s game the Lady Raiders took a commanding 46-17 lead at halftime behind freshman Olivia Vinson’s 21 first-half points.

Coffee County continued to extend their lead in the 2nd half moving the game into the mercy rule to pick up a 67-33 win over the Bobcats.

Vinson finished the night with 24 points. She saw limited playing time in the 2nd half as did the rest of the starters. Vinson was named the Sir Pizza Player of the Game. Elli Chumley and Channah Gannon each added 13.

The Lady Raiders upped their overall record to 6-3 on the season.

Next up the guys hit the floor. Pickett County came in riding a 6-game winning streak, but Coffee County put an end to that with 61-52 win over the Bobcats.

The Raiders had a well-balanced scoring attack as Dayne Crosslin led the way with 17 and was named the Sir Pizza Player of the Game.

Connor Shemwell had 10 points on the night for Coffee County and Aidan Abellana added 9.

The Raiders improved to 7-4 on the season.

Friday night at “The Patch” in Manchester Coffee County plays host cross-county rival Tullahoma. Hear the game on the Rooster 101.5 FM beginning with our pre-game show at 5:50 p.m.