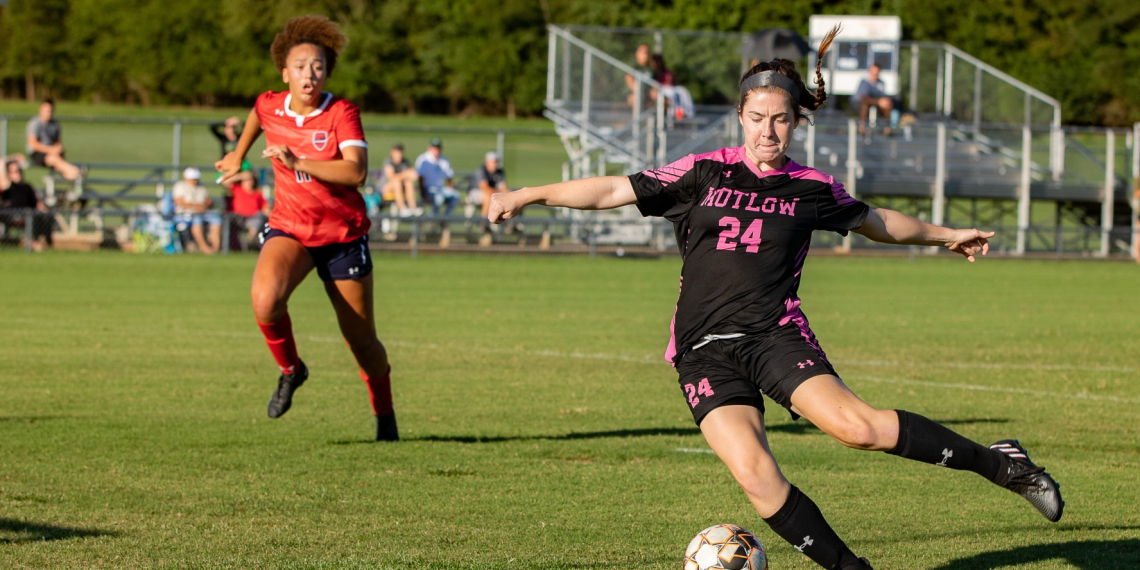 The Bucks (4-2, 1-0) play a smothering defense that has allowed only one goal in their previous five games. Motlow will return to TCCAA conference play when it hosts Dyersburg State at 6 p.m. Thursday, Sept. 15, at Franklin County High School.

Freshman goalkeeper Lucy Riddle, from Manchester, played the entire game for Motlow, saving all four of Itawamba’s shots on goal. Riddle is 20th in the nation in saves with 28.

Sophomore Madisen Hodges got the scoring started for Motlow with a powerful shot from the right side of the goal to give the Bucks a 1-0 lead at the 10:51 mark. The goal came after an assist from Alexis McMath.

With 25:40 elapsed in the first half, sophomore Cheyenne Watson took a pass from freshman Alysa Benton and beat the Itawamba goalkeeper to increase the Motlow lead to 2-0. The final goal came at the 64:41 mark when sophomore Kristen Gasaway took an assist from freshman Ellie Kirk and powered it into the goal.

Motlow out-shot the visitors 21-11, including nine shots on goal. Benton took five shots, and Gasaway had three, with four other Bucks adding two shots each.

The win over Itawamba came on the heels of Motlow’s TCCAA conference opener, a dominant 7-0 win over Southwest Tennessee last Thursday in Collierville, TN.

All three Motlow goalkeepers, Riddle, Molley McElhiney, and Leigha Resendiz, played 30 minutes, with Riddle recording the only save.

After their trip to Georgia was canceled because of inclement weather, the Bucks scheduled a contest with Union College (KY) on Labor Day. They beat the visitors 3-0 at Oakland High School in Murfreesboro.

Motlow scored three goals in the first 21 minutes to put away Union College early. Benton scored first on an assist from Shayne King at the 7:37 mark. Gasaway then pushed the pace and scored an unassisted goal just two minutes later at 9:43. Watson ended the scoring on an assist from Gasaway at the 20:43 mark.

All three goalkeepers combined again for the shutout, with Riddle playing 26 minutes, McElhiney 24, and Resendiz 40. Riddle recorded the only save.

After six games, the Bucks are averaging three goals per game and 20.2 shots. Gasaway leads the team with five goals, with Benton close behind at four, Watson three, and Thiele two. Benton has four assists and Hodges two, and Benton leads in points with 12, while Gasaway has 11 and Watson six.

Riddle is 4-2 as a goalkeeper with two shutouts. She has given up seven goals, but six came in the season opener, a 6-4 loss to Polk State College (FL). Neither McElhiney nor Resendiz has allowed a goal.