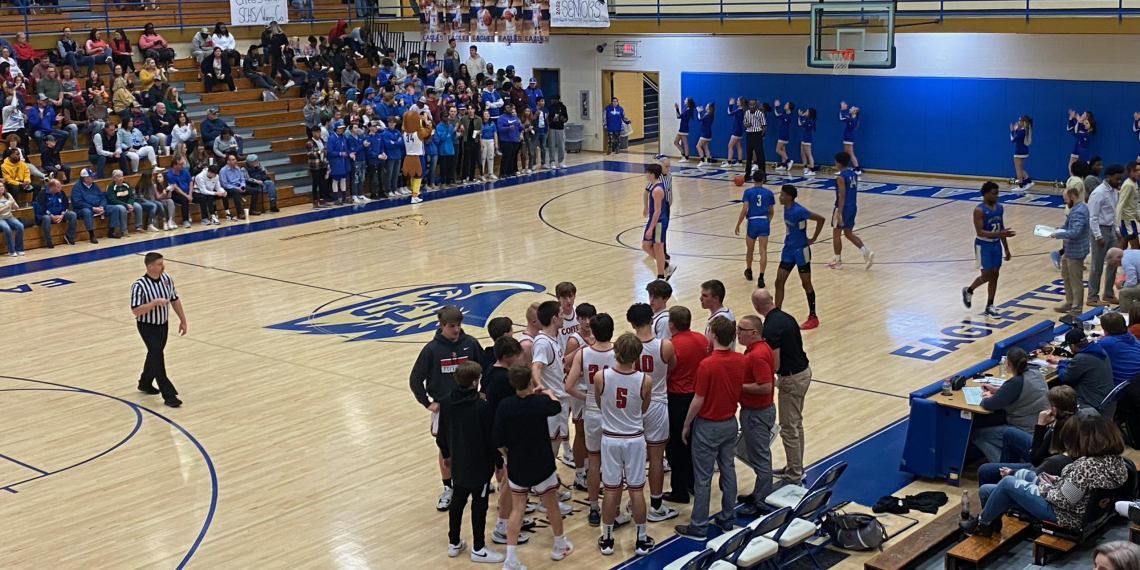 Saturday night was championship night number two for the Coffee County basketball program. The Red Raider boys took on the Shelbyville Golden Eagles at Rick Insell gym in Shelbyville with the District 6-4A championship on the line.

In a tight game that was only a two-point game at halftime ended regulation at 49-49 as the game went into overtime.

Coffee County started to take control, but as they did at the end of the fourth quarter the Eagles would not go away. In some very heated moments in the final few seconds of the game the Raiders managed to pull out 53-51 championship win.

The Raiders picked up their 20th win of the year and will be the #1 seed in District 6 and will host the 4th seed out of district 5 Saturday in Manchester in the Region 3-4A tournament.

Crosslin Abellana, Shemwell and Phineas Rollman all earned All-District 6-4A honors. Crosslin was named to the all-tournament team and Shemwell was awarded the MVP.