Phil Miller who has been the Wartrace Utility Superintendent has been hired as the new director of the Manchester City Water and Sewer Department.

Miller has 20 years’ experience in water and sewer. He formerly ran the McMinnville sewer plant.

Dana Douglas served as interim director since June until Mark Parker from Smyrna was hired. Parker apparently changed his mind and did not accept the position and returned to his job in Smyrna.

Douglas who had 28 years’ experience, says he left his job after a dispute over fair wages for the job he was doing as interim director. He told On Target News that Vice-Mayor Mark Messick told him he could leave during a water and sewer commission meeting while discussing the issue about the pay. Douglas added that Messick had written him a letter of recommendation for the director’s position causing Douglas to be surprised by his response. Douglas then resigned.

Longtime director Brian Pennington resigned from the job in June. 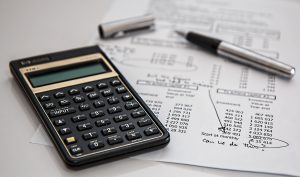 The Manchester Board of Mayor and Alderman has also hired a new Finance Director after another longtime employee Bridgette Anderson resigned last week after several years of service. Anderson will continue to work for 60 days on a contract under Anderson Services LLC as an advisor for the city for $125 per hour for 5-15 hours a week.

Lisa Myers was selected as the new director. She was serving as the Assistant Vice President for Business & Finance at Motlow State College. During her career Myers also served as the Coffee County Schools Finance Director.