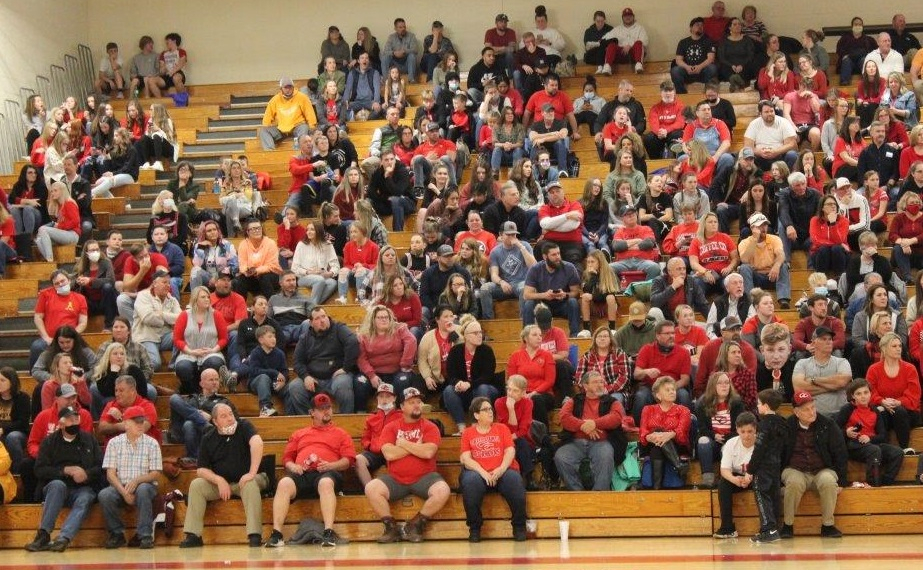 On Friday night, in front of a vocal crowd, the Coffee County Raiders and Lady Raiders split against arch rival Tullahoma girls and boys in the District 8-AAA Championship matchup at the Joe Frank Patch Memorial Gymnasium.

The Tullahoma Wildcats boys squad defeated the Red Raiders of Coffee County in an aggressive matchup 62-42. The Wildcats and Raiders both came out strong ending the first quarter of play tied 9-9. The Wildcats kept pace and pulled ahead by 3 points to end the second quarter on top 22-19. The Raiders continued to fight hard but the Wildcats remained on top to increase their lead to end the third quarter 35-29. Coffee County despite trailing hung tough in the fourth quarter but the Wildcats extended their lead to end the ball game District 8-AAA Champions. Krys Uselton lead the Wildcats in scoring posting 19 points to help Tullahoma secure the win. Coffee County Trenton Scrivnor notched 16 points for the Red Raiders.

Tullahoma girls and boys will play at home on Monday with the Lady Cats taking on Riverdale and the Wildcats boys squad facing off against Stewarts Creek. Coffee County Lady Raiders are set to host Rockvale on Monday at 6pm followed by the Red Raiders boys squad taking on Riverdale. You can hear the Raiders and Lady Raiders play live by tuning into 101.5 the Rooster or the Rooster 101.5 the app.