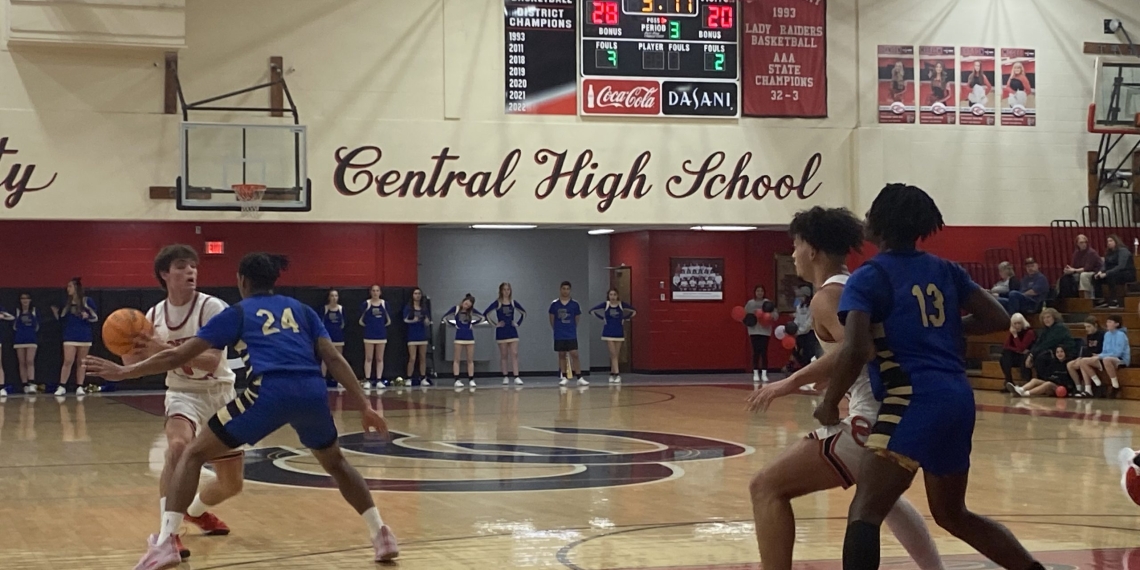 In girls’ action, the Lady Raiders took a big lead into the dressing room at halftime, 43-21, and ran away in the second half to improve to 23-1 and 1-0 in district play.

In the boys’ game, it was tight throughout. The Red Raiders grabbed an 8-7 after the 1st quarter, and it remained a 1-point game at the half as Coffee County led the Eagles 16-15.

Both teams shot the ball much better in the second half. The Raiders upped their advantage to 36-27 after 3 quarters and led by as many as 11 in the second half, only to see Shelbyville fight back. The 4th quarter was very intense, but in the end, Coffee County (13-5/1-0) was able to pull out the 51-47 district win.

Jackson Shemwell had a big night for the Red Raiders as he pumped in 19 points, followed by Deion Suburan with 15, and Jahlin Osborne added 7 points.

Shelbyville was led by Joe Harris with 19 points. He had 15 in the second half.

Coffee County will travel to Franklin County for a doubleheader on Friday night. You can hear the games on Rooster 101.5, www.rooster1015.com, or the Rooster 101.5 app.