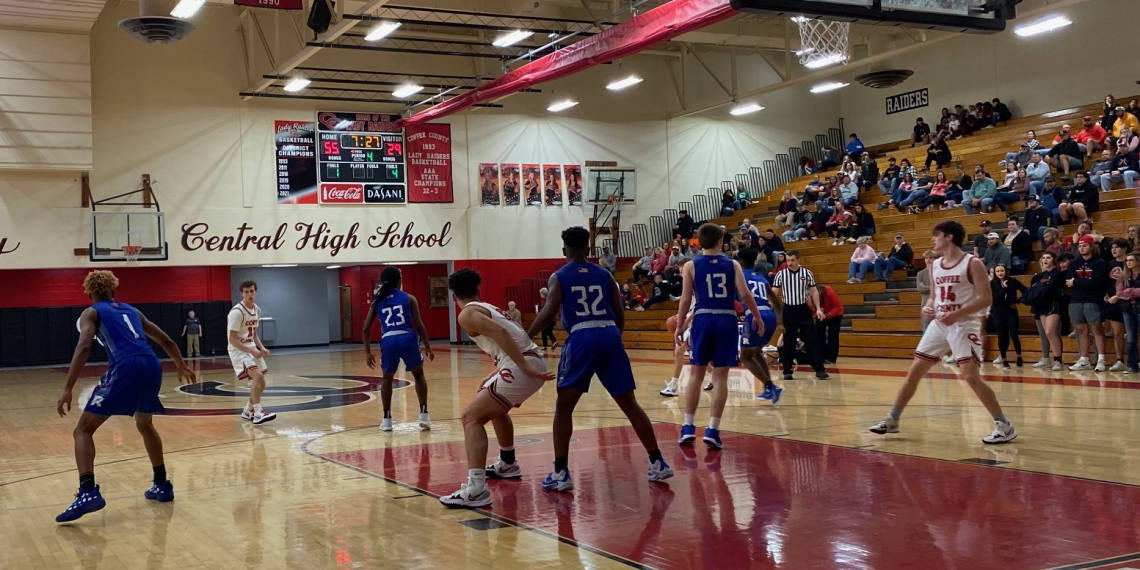 After dropping a disappointing 43-42 game at Blackman on Friday night the Coffee County Lady Raiders came out strong on Saturday night.

Hosting the Rockvale Rockets in a game you heard on Rooster 101.5 FM, the Lady Raiders shot down the Rockets 64-34.

Sir Pizza Player of the Game Alivia Reel had 11 points on the night and 5 steals. Olivia Vinson led the scoring attack with 12 and Kiya Ferrell added 11.

Coffee County improved to 4-3 on the season.

The Coffee County boys’ team picked up a huge win at Blackman as they knocked off the Blaze 54-45.

Aidan Abellana and Dayne Crosslin each put up 11 points, with Abellana earning the Sir Pizza Player of the Game. Phineas Rollman added 10 in the win to push Coffee County to a 6-3 overall record.

Both Raider teams travel to Walker Valley on Monday before hosting Pickett County on Tuesday. Rooster 101.5 FM will broadcast the Tuesday games starting at 5:30 p.m.

Photo: The boys’ team at Coffee Co. sets up their offense on Saturday against Rockvale