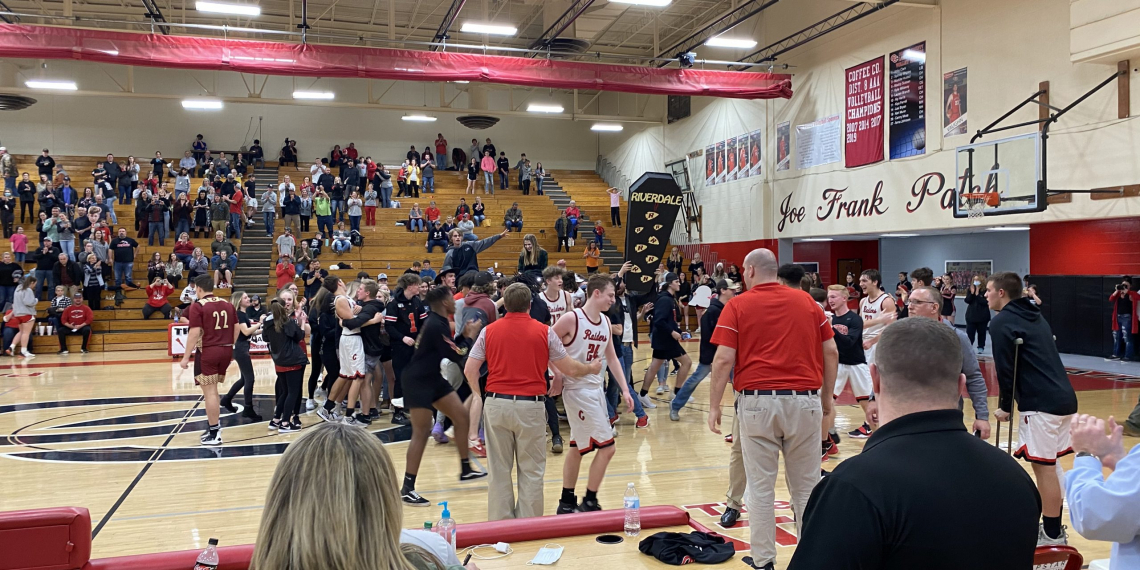 On Monday Night the Coffee County Red Raiders boys squad won in an epic matchup against the Warriors of Riverdale 64-56 in Region play.

The Red Raiders came out strong to take the lead against the Warriors 13-9 and end the first quarter of play. Coffee County battled hard against Riverdale to remain in the lead going into the locker room at the half 24-21. Out of halftime the Red Raiders continued to dominate the court to increase their lead over the Warriors 42-34 to end the third quarter on top. Riverdale started to gain momentum, but it was not enough as Coffee County stayed tough and held the lead to take home the W in Region play. Trenton Scrivnor led the Red Raiders in scoring by posting 17 points to earn Crazy Daises Player of the Game. CJ Anthony scored 15 points on the night. Jaxon Vaughn notched 13 points to help the Red Raiders secure the Region win.

The Red Raiders boys’ squad will now advance in Region play to take on the Blackman Blaze Tuesday on the road with tip-off set for 7:30pm. Tickets for the boys contest will be sold online at GoFan and at the door. Lucky Knott will have the call for the Lady Raiders girls’ game at the Patch beginning at 7pm with live updates of the boy’s game on the Rooster 101.5 and the Rooster 101.5 the app.