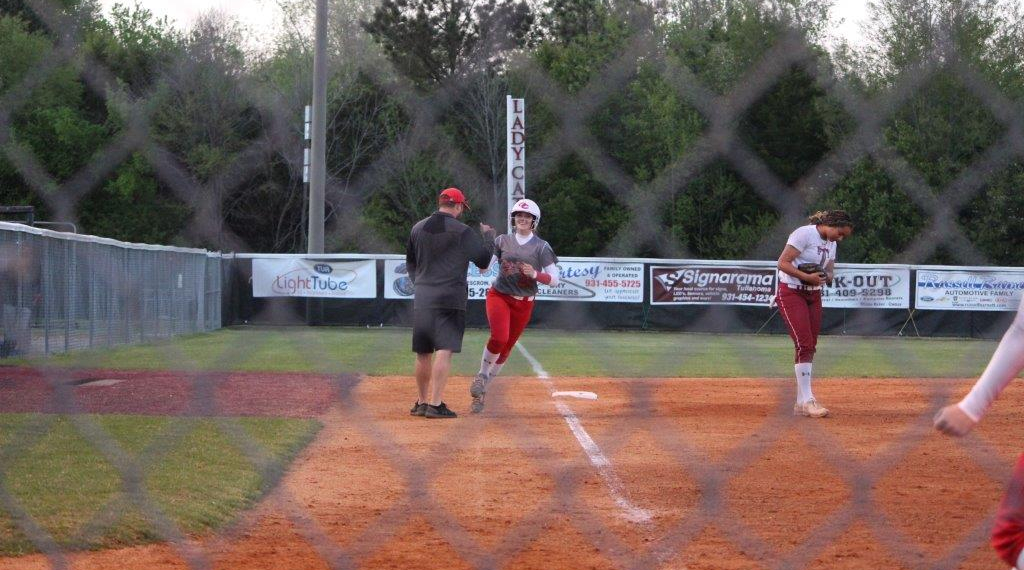 Coffee County Wins by 10 at Tullahoma

The Coffee County Lady Raiders led by Kaitlyn Davis’ pitching and homeruns by Alivia Reel and Davis defeated Tullahoma in softball 12-2 on Monday night. It was Davis’ 9th homer of the season and Reel’s first.
The Lady Raiders racked up 18 hits in the District 8-AAA win.

Coffee County remains unbeaten in district play and are now 21-3-1 on the season.

Davis went the distance in the circle as she allowed only 3 hits and struck out 5 Lady Cat batters.

Reel was named the Crazy Daisies Player of the Game as she had a big night at the plate with a single, homer, 2 runs scored and 2 RBI.

Emeri Saunders led Tullahoma with an RBI single. Katy Bean took the loss in the circle.