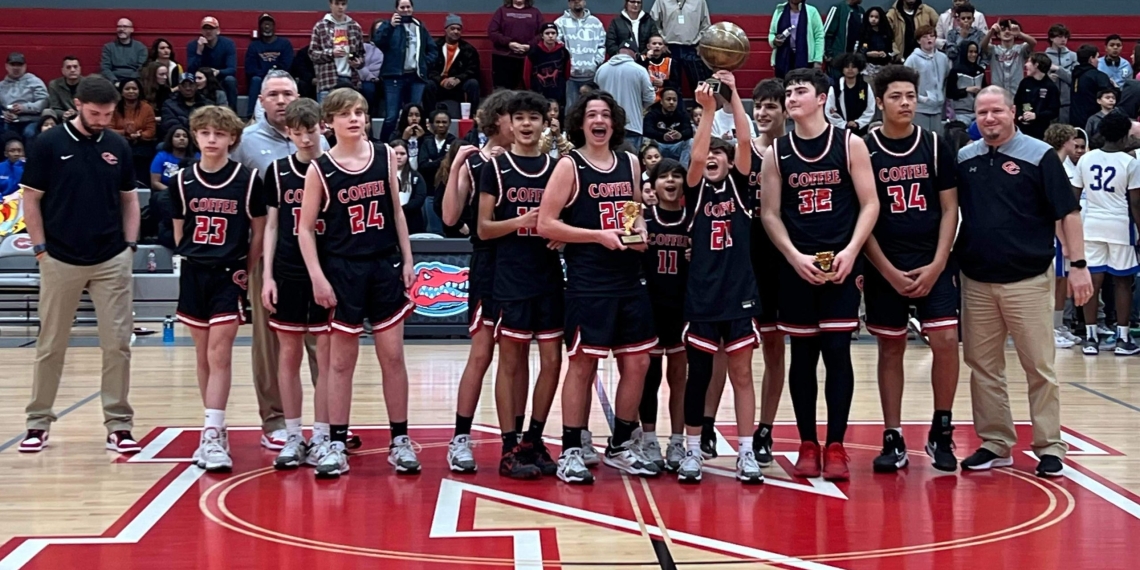 The Lady Raiders defeated Warren County 35-26. Jaydee Nogodula was the leading scorer as she ripped the nets for 14 points, followed by Hayleigh Harris with 12.

The Coffee Middle boys and Harris Middle (Shelbyville) competed in a nail-biter, but in the end, the Raiders were crowned the champs for the first time in 25 years as they pulled out the 33-29 win.

The Raiders are now 13-8 on the season. The Lady Raiders improved to 17-3 with their championship win. The Area 6 Middle School Tournament begins at Coffee County Middle School this coming week.