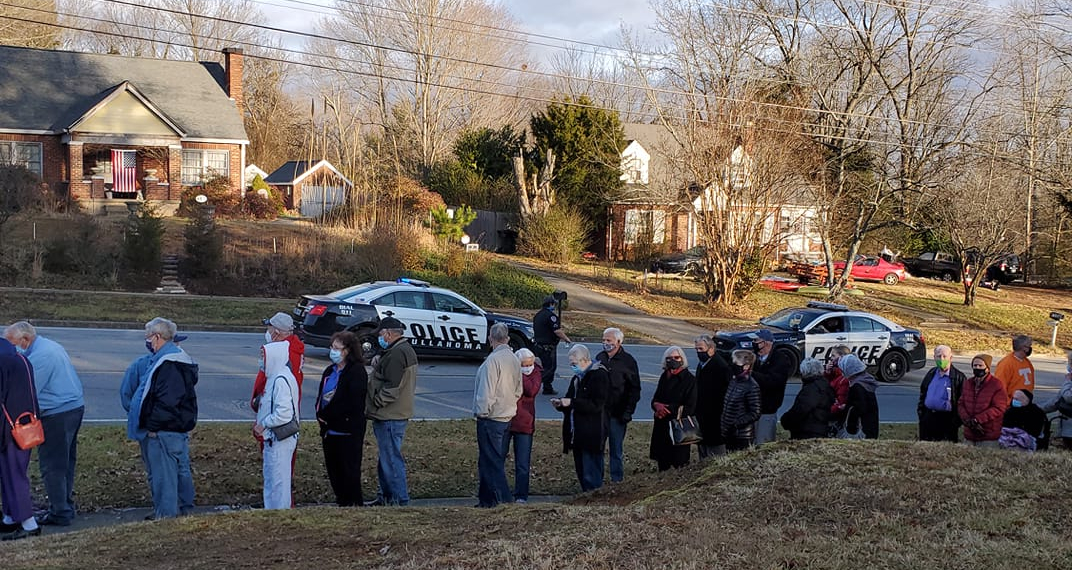 Some folks in Coffee County are not very happy with the way the COVID-19 vaccine distribution took place on Saturday at the Tullahoma location of the Coffee County Health Department.

Vaccines to those in phase 1a1 and 1a2 and individuals 75 years and older beginning at 8:00 a.m. Saturday. 52 minutes later it was announced that all available vaccine doses had been administered and more details would be released about this week’s vaccination distribution on Monday.

Some of the people thought that it would be a drive-thru service, but it was not. Those who came to get their vaccine stood in a long line outside in very cool weather.

Vickie Rayfield Ham shared a post on Facebook that showed the long line outside. She took her 87-year-old mother-in-law to get her vaccine.

She told On Target News that she hopes no one gets sick after standing in line in the cold for hours.

Coffee County Emergency Management Director Allen Lendley announced on Sunday that he has been advised that the vaccination site at the fairgrounds in Manchester will begin on Wednesday January 6, 2021. The hours will be 9am – 3 pm. Vaccinations going forward AFTER Wednesday will be as follow:

This information is according to the Health Department. If you have any questions concerning vaccinations or testing, you can reach out to the health department via phone: Tullahoma- 455-9369 or Manchester- 723-5134.