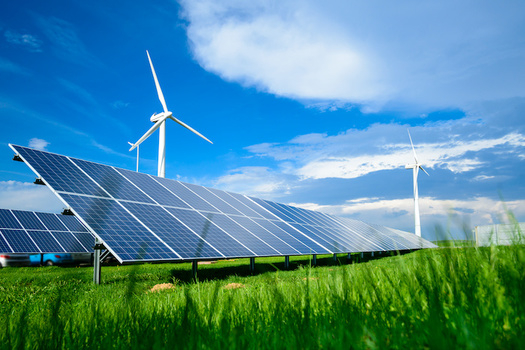 Congress has provided billions of dollars for renewable energy and green technologies as part of the latest $900 billion coronavirus relief package. Some scientists say relief funding could put the U.S. more on track with countries that have joined the Paris Agreement. Comments from David McCollum, principal technical leader at Electric Power Research Institute, and research fellow at the University of Tennessee Knoxville.

The 900-billion-dollar coronavirus relief package Congress passed this week contains a host of measures aimed at curbing the effects of climate change. It includes money for renewable energy development and energy efficiency, reducing hydrofluorocarbons that contribute to greenhouse gases, and reauthorizing a federal program to shrink diesel-engine emissions. University of Tennessee Knoxville researcher David McCollum says the bill is a step toward preventing the planet from warming another 3 degrees Celsius, a level expert say would spur disastrous effects.

“There’s a lot of money pouring into the system right now from the public side, thinking about how to get people back to work. So, the question is, why not use that funding to help spur decarbonization efforts and moving toward a cleaner, green society?”

McCollum’s research shows countries will need to invest about one-point-four trillion dollars per year for the next five years to curb global warming. He says this amount, if used around the globe for renewable energy, advanced power grids, carbon capture and storage, biofuels and more would start to bend the warming curve and put the world on a path to drastically cutting emissions by 2050.

Countries are projected to collectively invest an estimated $1.1 trillion per year over the next five years into low-carbon energy strategies. (Adobe Stock)