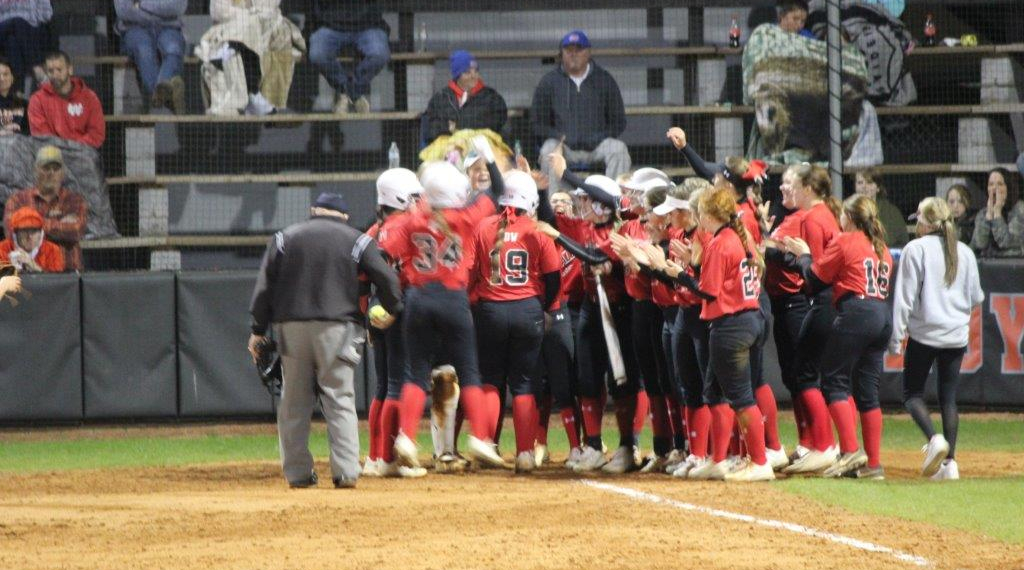 
In the first inning, Coffee County got a lead-off hit from Chesnie Cox and she scored 2 batters later when Haidyn Campbell singled.

The Lady Raiders scored three runs in the third inning when Cox, Kiya Ferrell, and Campbell, all knocked in runs.

In the sixth after the Lady Pioneers scored twice in the top of the inning Coffee County got a single from Jalyn Moran and then Kaitlyn Davis hit one out of Terry Floyd Field for a two-run homer and a 6-2 lead.

The 4-run lead held in the seventh as Davis shutdown the Warren County bats. Davis allowed eight hits and two unearned runs over seven innings, striking out four and did not walk a batter. She was named the Sir Pizza Player of the Game.

For the game the Lady Raiders (13-9/4-0) totaled ten hits on the night. Campbell, Cox, and Moran had two hits each.

Callie Roberts and Jessie Young had two hits each for the Lady Pioneers.

Coffee County will host Walker Valley on Friday afternoon at 5 p.m. Hear the game on The Rooster 101.5 FM, rooster1015.com or the Rooster 1015 app.