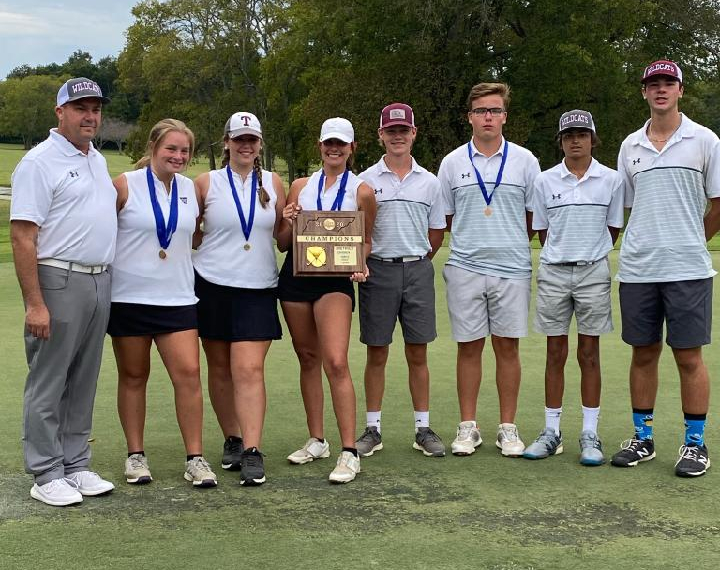 In their drive for another state championship appearance, the Tullahoma Lady Wildcats shot a solid 155 beating Lawrence County by 7 strokes to take home another district championship. Leading the team again was the talented Mallory Tevucht with the low round of the day with a 74 and teammate Grace Hicks fired a 4th medalist best of 81. For the Tullahoma boys, they finished in fourth place with a 349 but four Wildcats will play in the region tournament as individuals. Andrew Cardosi shot an 81 and then teammates Sebastian Aquirre, Chase Wiley and Issac Lynch had to go to a playoff to earn their spots. Tullahoma Golf Coach Barry Bishop said it was a very exciting day for his players. Coffee County’s Logan Hale earned his way into the regional tournament with an 86 and Lady Raiders Cadie Prater, Maggie Crouch and Araya Hughes stamped theit ticket to the regions as well. The Region 4-AAA tournament will be played next Monday at Indian Hills in Murfreesboro.