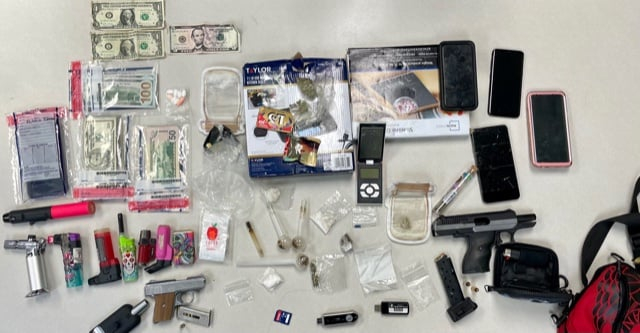 On Sunday, an investigation by Grundy County Sheriffs’ deputies and Monteagle Police resulted in the arrest of three people at the Mountain Inn. Arrested were Sterling Bennett Gipson (44) of Chattanooga, Jennifer Rebecca Mathews (48) from McMinnville and Patricia Lynn Turner (41) from Hixson. Deputies searched the room where the suspects were staying.

A tentative court date of August 12, 2021 has been scheduled. Bond has not been set.

POSSESSION OF A FIREARM DURING A DANGEROUS CRIME

POSS. OF SCHEDULE I DRUG –

UNLAWFUL CARRYING OR POSSESSION OF A WEAPON