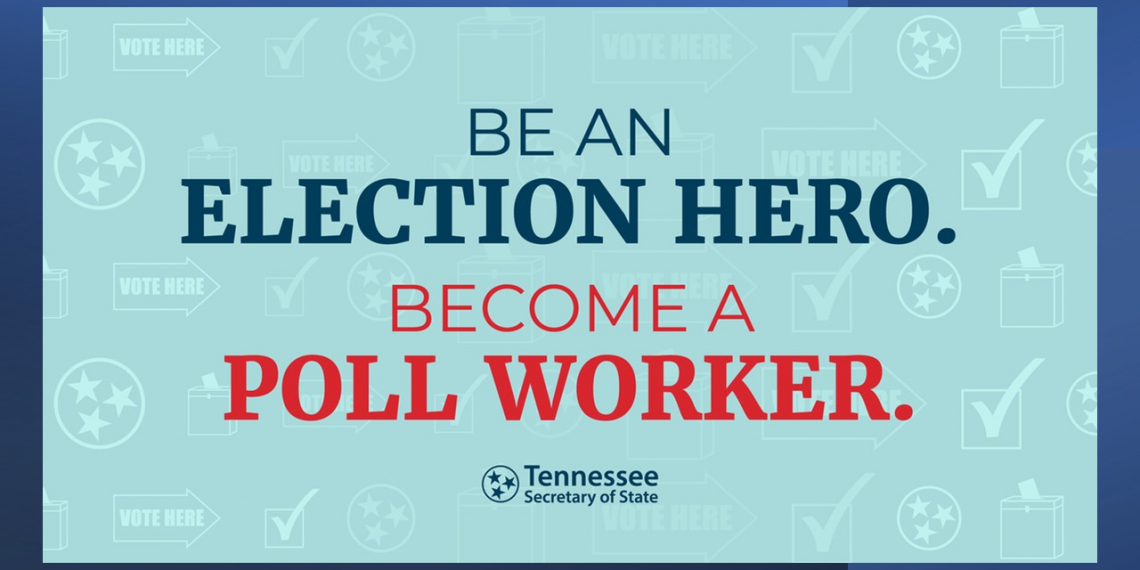 Secretary of State Tre Hargett has launched a new statewide campaign, Be an Election Hero. Become a Poll Worker., to encourage Tennesseans to serve their community as poll workers for the 2022 election cycle.

During early voting and on Election Day, poll workers help polling sites in their community run smoothly by conducting various tasks, including greeting voters, answering questions, explaining how to cast a ballot, and counting votes.

Poll workers are paid for working during early voting and on Election Day, as well as for attending required training sessions.

Most Tennesseans are eligible to work as poll workers, regardless of political affiliation. The minimum age to work as a poll worker is 16. Anyone over 18 must be a registered voter in the county they are serving in.

To step up to serve your community as a poll worker, apply now at GoVoteTN.gov.