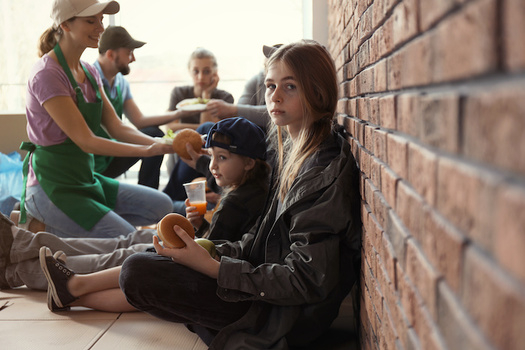 Federal waivers put in place at the height of the pandemic allowed federal child nutrition programs more flexibility in delivering meals to households, because kids weren’t at school.

Those waivers are set to expire in a few months – and in Tennessee, groups that work to fight hunger warn that more children, especially in rural areas, will be at risk.

Director of U.S. Food Security & Nutrition for Save the Children – Tamara Sandberg – said the waivers allowed parents to pick up multiple meals for their kids at a time, and in one convenient location.

“The waivers allowed schools and other community partners to deliver meals right to their home,” said Sandberg. “Many, many more meals were distributed as a result. So, we’re very concerned with the impact that that is going to have on the rates of children receiving meals this summer.”

One in six Tennessee children faces hunger, and more than 41% of households with children rely on SNAP benefits.

Sandberg noted leaders from across the country will gather at the Rural Child Hunger Summit on April 28 to brainstorm ways to ensure rural kids don’t go hungry as the nation shifts out of pandemic-era policies.

Tennessee Deputy Director for Save the Children – Chapple Osborne-Arnold – said amid high gas and energy prices, demand for food assistance is already skyrocketing in rural Tennessee.

“It’s way worse than it was before,” said Osborne-Arnold. “We’re seeing lots of lines, we’re seeing long lines of cars and people coming here and saying that, you know, they either can’t find food based on availability, or that they don’t have the money.”

Osborne-Arnold said Save the Children’s focus this summer will be on flexible and even unconventional access to meals for kids, so families don’t have to travel long distances to food pantries.

“We’re going to partner with several community-based organizations in different counties,” said Osborne-Arnold. “And they’re going to do some pop-up pantries at, like, the local community pools, where the parents just drop off their kids, or the kids walk there, in the summer.”

She added throughout the pandemic, Save the Children has provided nearly 45 million meals to rural kids and their families nationwide – about four million in Tennessee.