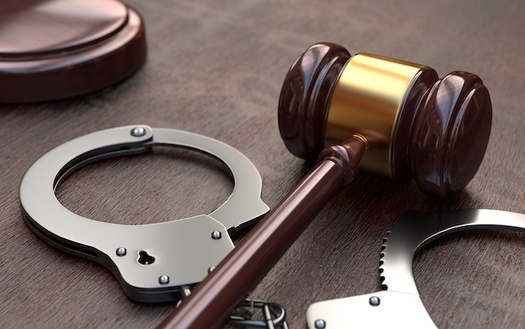 Children living in certain counties in Tennessee are more likely to be arrested and jailed, and experts contended they are not seeing signs the state is serious about taking steps to reduce the number of children behind bars.

Josh Spickler, executive director of JustCity Memphis, said there is a lack of data, consistency and accountability at the state level when it comes to the issue. He argued the laissez-faire approach of lawmakers leaves Tennessee’s juvenile court judges with wide discretion.

Spickler pointed to Judge Donna Scott Davenport in Rutherford County, who announced her retirement after investigative reporting shed light on the shocking numbers of children jailed and arrested under her jurisdiction.

According to a report from the Sentencing Project, grasping the true numbers of children behind bars is difficult because youth incarceration is typically measured via a one-day count which takes place once a year. The report’s authors estimated at least 80% of incarcerated youths are excluded using this metric.

Spickler added it is not only up to lawmakers to come up with healthier solutions to keep kids out of the criminal-justice system.

“Our communities can make a difference by putting people in power who reflect their values,” Spickler observed. “And I just don’t think we’ve done that either very well. But when it happens, like it has in Nashville, you see a difference.”

He added the problem goes beyond detention facilities, handcuffs and police.

“It’s about, how does a child move from the cradle into adulthood with the opportunity that he or she deserves,” Spickler contended.

According to the report, Black and brown youths encounter police more often than their white peers and are disproportionately arrested. Racial disparities, particularly between Black and white children, widen with each point of contact with the justice system.

Photo: Data shows youths of color encounter police more often than their white peers and are disproportionately arrested, according to The Sentencing Project. (Adobe Stock)

Cost Share Available to Landowners Near Duck and Elk Rivers