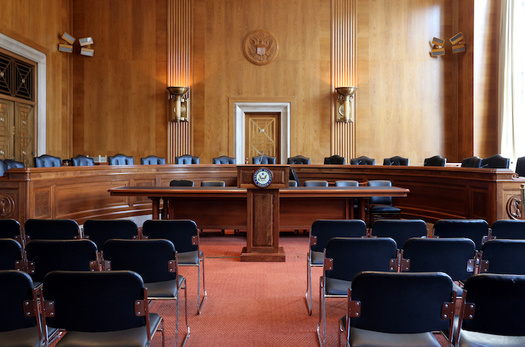 Numerous government positions remain unfilled, and experts say overdue nominations and a Senate backlog highlight the need for an overhaul of the Federal Vacancies Reform Act.

The 1998 law allows a new administration to use acting officials for up to 300 days, to give the new president time to nominate individuals for government positions.

Tory Cribb, director of policy for the Partnership for Public Service, said the law has complicated matters since the Senate confirmation process for nominees has become increasingly arduous, lengthy and partisan.

“The reality, though, is that no president since passage of the 1998 law has come even close to meeting this mark,” Cribb observed. “Because the over 1,200 positions requiring confirmation is really just simply too much for the Senate’s process to handle.”

President Joe Biden recently announced Memphis litigator Andre B. Mathis as his nominee for the U.S. Court of Appeals for the Sixth Circuit. If confirmed, Mathis would become the first Black man to sit on the Sixth Circuit from Tennessee.

Cribb pointed out the number of Senate-confirmed positions has ballooned by 59% in the last six decades. She pointed to the Executive Branch as an example of the current backlog.

“So as of this week, the Senate has only confirmed 179 of 419 nominees submitted by President Biden for these executive branch positions,” Cribb noted.

According to a report by the Partnership for Public Service, the average Senate confirmation process now takes about twice as long as it did in the 1980s. During the Obama and Trump administrations, it took an average of 112 and 117 days to confirm presidential nominations, compared with 56 for the Reagan administration. Experts say Biden is on track to top those numbers.