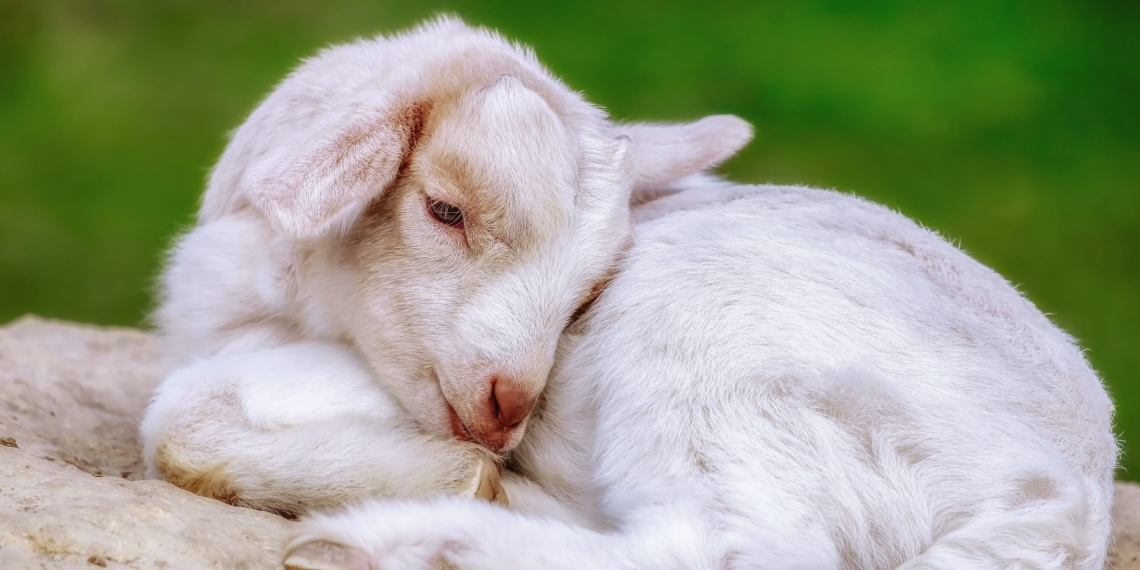 According to the TN Department of Health, two baby goats are the reason for the outbreak of E. coli at Lucky Ladd Farms in the Rutherford County community of Eagleville.

Several people fell ill after attending a camp at the petting farm and fun park.

The outbreak at Lucky Ladd Farms was responsible for sending two children to the hospital, one of them, a 2-year-old, died.

Our family and staff continue to offer our prayers and heartfelt condolences to everyone affected by the very sad outcome that occurred in June. We thank the Tennessee Department of Health (TDH) for their very professional and thorough investigation. We also thank all the Foodborne and Enteric Diseases (FED) Program staff for their investigatory efforts as well as each member of our local community for their continued support for everyone involved.

In late June we were made aware of the potential health issue, which at that time was still not confirmed. We immediately on our own accord started an investigation and submitted samples to both state and private labs and notified the Department of Health. We felt it was prudent to close our facility so we could ensure staff and guest safety until definitive answers could be found. We were never asked or advised to close our facility by any agency at any point in time.

Following our closure, we then joined efforts working together with an outbreak team put together by the TDH. Results from the investigation concluded there was a small group of children attending summer camp the week June 6-10 that were exposed to a serious strain of E. coli.

TDH also conducted a nationwide search and advised that there is no evidence to support any guest visiting the farm outside of that group was exposed to the bacterium. They did not and do not consider this to be a widespread event impacting the greater public and we were advised a warning to the masses was not warranted.

Of the 82 summer camp attendees, the investigation found there to be two primary cases confirmed (primary is a person who attended camp and tested positive), and one confirmed secondary case (secondary is a household member or close contact of a camp attendee that contracted the illness from their family member or in their own home) and sadly succumbed to complications related to his illness.

Quoted directly from the TDH final report, “Based on the laboratory and epidemiologic findings, this outbreak likely occurred due to close contact with baby goats during their time at the camp. Illness of others who did not attend camp were attributed to secondary exposure to their infected household member. This hypothesis is further strengthened by there being no reports of illness from general admission customers before, during, or after the three weeks of summer camps in question.”

During the investigation we conducted on-site environment health studies, reviewed our standard operating procedures, and compared our operations to those as recommend in the National Association of State Public Health Veterinarians (SASPHV) Animal Contact Compendium (a document of best practices to limit the spread of germs at petting zoos). Further we sought advice from our partners at the Tennessee Department of Agriculture (TDA), our United States Department of Agriculture (USDA).

Inspector, our veterinarian of record, along with members of the TDH and FED. All parties were in support that Lucky Ladd Farms complied with recommendations set forth in the compendium and in some cases provided sanitation procedures beyond those recommendations.

Of 45 environmental samples taken across our facility, two samples were found to be positive for the specific strain of E. coli which caused the outbreak. One was from an unidentified animal stool sample and the other was on a wooden post as part of the structural support system for an old barn. Both environmental samples were limited to the same fenced off area of the farm which housed the herd of goats that camp attendees encountered. Camp attendees did not have direct access to this specific area.

As part of our closure, we immediately activated some precautionary measures in addition to our current standard safety procedures as an act of remediation preemptive of test results. We relocated the herd of goats which had close contact to the summer camp attendees. Two goats were euthanized, not because they were sick, but because they were the goats the two confirmed cases had chosen to work with, and we didn’t want to risk further spread while awaiting test results to be finalized.

The old barn was already scheduled to be torn down and rebuilt later in the summer. We expedited this project, allowing us to strip soil in the area, turn it so sunlight could kill any potential remaining bacterium, and topped the area with new soils.

A new barn was built. The lot was kept empty for over 90 days to allow direct sunlight to continue its natural sanitation process. There have been some questionable claims that the bacterium can live in the ground for up to 140 days, but scientific studies have not conclusively supported this and other reports state it’s more likely 59-90 days. All studies agree many environmental factors such as temperature, exposure to sunlight, etc. can greatly impact the bacterium’s survival rate. Soil contamination has never been expressed to a concern in our situation by any official, but we took it upon ourselves to take preventative measures just in case.

E. coli is still a very misunderstood bacterium. It is normally an important part of the healthy intestinal tracts of humans and animals. However, there are some kinds of E. coli that are harmful and can cause illness in people called E. coli O157. The illness can be mild to severe and life-threatening, but some people are more likely to experience severe problems including those who have a weakened immune system, pregnant women, children under five, and seniors over 65. Most people become infected with E. coli O157 from contaminated food such as undercooked ground beef or contaminated produce, but because it is also naturally found in the intestinal tracts of many healthy people and animals there is still a risk of person-to-person and animal-to-person infections.

Germs such as E. coli and salmonella are passed in both human and animal feces and people can get sick from these germs by swallowing them. We are committed to keeping our guests and staff healthy and safe; but we cannot guarantee against exposure to communicable and zoonotic diseases like COVID-19, E. coli, Salmonella, and Lyme disease to name a few, during a visit with us as there is an inherent risk of exposure at any public facility including schools, parks, grocery stores, restaurants, public restrooms, etc.

We have been advised this risk exists the moment you walk out your door into any public setting with or without animals. We do our best to educate all guests of the potential risks before your visit by sharing information on our website, through online ticketing system, and with signage across the farm.

Further, we rely on you to do your part to protect yourself and those visiting with you. Here is a reminder of the things you can do:

• Please stay home if someone in your household is sick, or if they have a vulnerable immune system.

• Be vigilant with handwashing after visiting the animal areas and sanitize hands frequently throughout your visit as we offer over 60 stations. Know that proper handwashing means applying soap for 20 seconds then rinsing with clean water. Teach your children to sing the Happy Birthday song twice in a row, which should last slightly longer than 20 seconds.

• Do not to put hands in or near your mouth while in the animal areas or when using the bathrooms. Monitor children to ensure they follow this too.

• Do not take food, drinks, toys, pacifiers, baby bottles, or strollers in animal areas, and properly sanitize any personal belongings such as clothing, shoes, and bag to kill germs that might have been transferred through contact with other humans or animals.

• Protect your family from bug bites by using repellent on any skin not covered by clothing or shoes.

• Check for ticks once home.

Reports our organization is affiliated with a company operating under a similar name to that of our tag line who has had previous outbreaks and prosecuted for unsanitary practices are false. There is no affiliation, and we are not familiar with their operation, services, or practices. Further reports of children becoming sick after visiting on a field trip are also unsubstantiated and not true. We have confirmed this with the TDH.

Please know we have been advised by investigative and industry partners (TDH, TDA, USDA, veterinarian of record, etc.) the risk of exposure at our facility is not any higher than it was before this outbreak. Further, TDH continues to monitor state and nationwide databases which house reports of confirmed E. coli cases and to date none have been found to be linked with our facility outside of this incident last June. We continue in our commitment to operate in the safest possible ways to provide a fun and wholesome farm experience to the families of middle Tennessee and beyond.