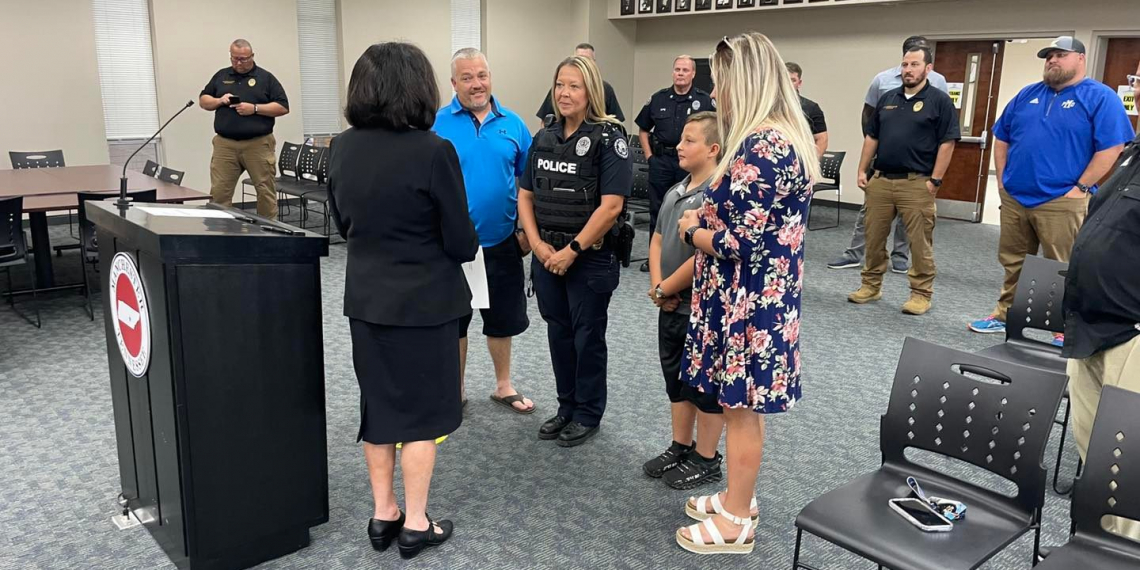 In a statement from the Manchester Police Department; “Smartt-Rawn will be an invaluable asset to our department and to our SRO program.”

Leah Carrick who was serving as the SRO at Westwood Middle will remain at the department as she had requested to return to the patrol division.

Larger photo: Alethia Smartt-Rawn with some of her family members is sworn in by Manchester Mayor Marilyn Howard. Photos provided