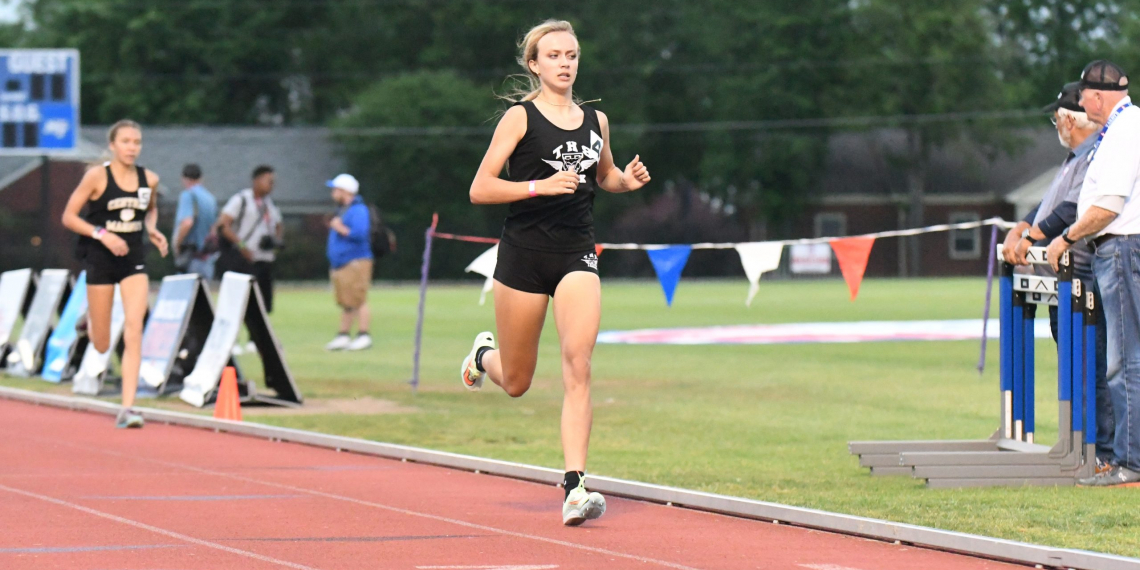 As a junior, Storey claimed the top spot during her half-mile race in a dominating performance as she clocked in at 2 minutes and 18.70 seconds. Storey finished two seconds ahead of Central Magnet’s Samantha Ouellette, who placed second and crossed the finish line at 2:20.86.

“As I crossed the finish line, I couldn’t, and still haven’t processed that I just won the 800 meter run in our division,” Storey said. “I still can’t believe that I’m a state champion, but it’s crazy that I was able to make this happen. Last year, I was really bummed about coming in 13th. I wanted to come back this year, get better, try to improve my time and just try to gain overall confidence in myself because last year, I think I lacked some confidence in myself, so that’s one of the biggest things that I wanted to work on this year.”

With her state championship in hand, her next goal is to defend that title at the 2023 state competition. Additionally, she wants to etch her name in the Tullahoma High School record books.

Storey was also a member of two relay teams who brought home medals. The Lady Wildcats’ 4×800 team of Ellie Uehlein, Jordyn Spry, Audrey Sohrabi and Storey placed seventh with a time of 10:55.93.

The Tullahoma girls 4×400 relay team ended the night with a fifth-place performance. Uehlein, Eleanor Fults, Sarah Eakin and Storey clocked in at 4:19.306.

“It was awesome to be part of those teams,” Storey said. “I think it was good for our relay teams to get out there, get that experience and have that attention. We all have been working hard to get our times down in those events. We spend so much time working in practice, working on handoffs and doing hard workouts. So, it was really awesome to see that our work in practice paid off to get us qualified for state. It was just a tremendous experience.”

Logan Crouch added a second-place effort for Tullahoma in the shot put. The Wildcat senior hurled a distance of 48 feet and .75 inches in his runner-up finish.

Cam Robinson placed sixth in the discus throw with a toss of 130-2. Wesley Russell finished eighth in the pole vault after he cleared 11 feet.

Zane Hopf took home seventh in the triple jump after leaping 39-.75. That effort concluded an impressive week for Hopf, as he had previously taken third in the TSSAA Class AA State Decathlon on May 19 and 20 at Brentwood High School. In his 10 events, Hopf totaled 4,935 points, behind Munford’s Christian Perez, who took first at 5,374 and Munford’s Jace Hodgin in second at 4,997 points.

Hopf opened day one of the TSSAA State Decathlon with a fifth-place effort in the 100 dash before taking first in the triple jump. The Wildcat junior finished eighth in the pole vault, tied for fifth in the discus and placed fourth in the 400 dash. Hopf then opened day two with a first-place effort in the 110 hurdles and then took second in the shot put. He followed with a third-place performance in the long jump before finishing second in the high jump and eighth in the 1,500 dash.

“Overall, I’m pretty excited and thankful just to make it to state, but to place third was really exciting,” Hopf said. “I improved in every event compared to the 2022 sectional decathlon meet except in the discus, where I threw two feet less, and the high jump, which I cleared the same height. I’m already trying to come up with ways to improve my performance and capture the gold. I plan to train this summer by attending track camps and practicing on my own.”