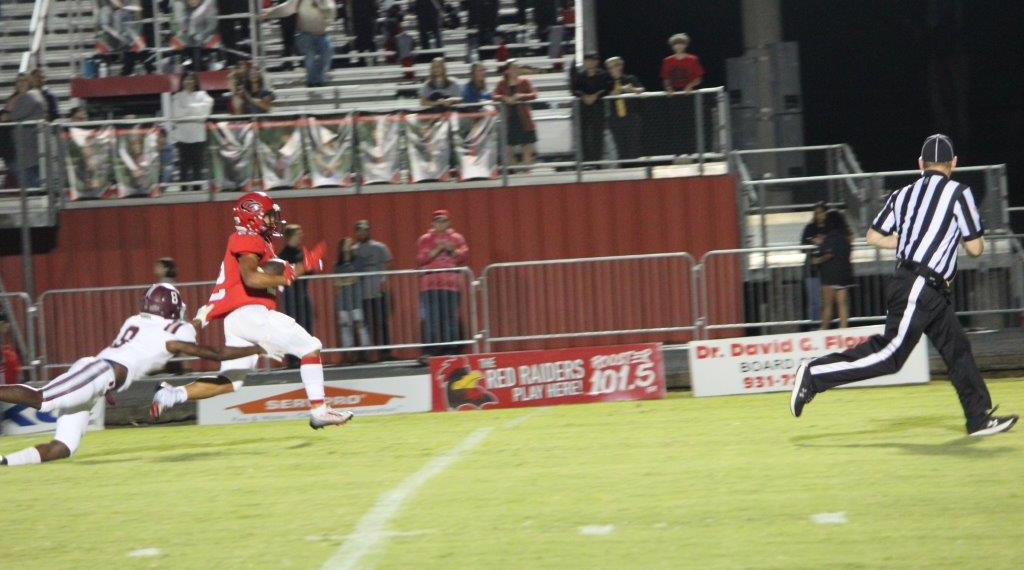 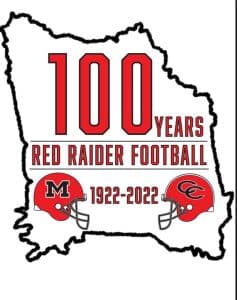 As Coffee County continues to celebrate 100 years football, the 2022 team shredded the Spring Hill defense on Friday night. It was an impressive 42-7 mercy-rule Homecoming and Alumni Night win.

Konor Heaton, who was named the Rooster 101.5 Player of the Game scored 4 touchdowns with his first coming with 3:19 to go in the first quarter on a 3 yard-run. He would tally another 3-yard TD run with 7:48 left in the half. Heaton scored again from 3 yards out with 5:04 remaining in the 2nd quarter. For the 4th time in the first-half Heaton scored again from 3 yards away with 1:48 left. The score held up for a 28-0 lead for the Red Raiders at halftime.

Coffee County would continue the scoring run as Kendall James ran 11 yards into the endzone with 5:52 to go in the 3rd quarter to make it 35-0.

Nate Luttrell got some playing time at quarterback, and it paid off as he connected with TE Ashton Ferrell on a 29-yard TD pass for the Red Raiders their final score with 7:29 remaining in the game. Manny Gonzales’ extra-point was good to give Coffee County a 42-0 advantage. Gonzales was 6 of 6 on extra points.

Spring Hill’s offense finally got a score against reserves on defense with 3:28 left to make it 42-7 and that score held up for the final.

On offense, Coffee County was led by Heaton who carried the ball 20 times for 85 yards, 4 touchdowns and he caught 2 passes for 59 more yards. QB Cole Pippenger completed 8 of 12 passes for 147 yards and ran for another 85 yards on 8 carries. Kendall James had 54 yards on 9 totes. Luttrell was 2 for 2 passing for 31 yards and a score. Jahlin Osbourne finished with 3 catches for 47 yards and Ferrell had one 29-yard catch and a TD.

The Red Raiders improved to 4-2 overall and are 2-0 in region play. It’s back to region play on Friday as Coffee County travels to McMinnville to battle Warren County.