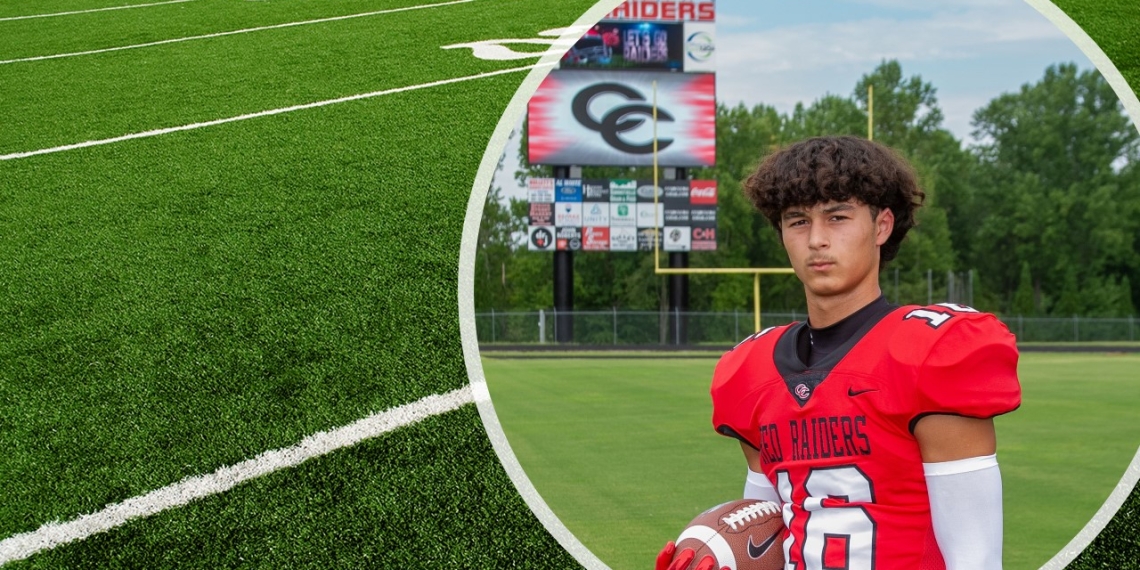 In a classic, the Coffee County Red Raiders and Blackman Blaze went back and forth like two heavyweight fighters on Friday night in the 2nd round of the TSSAA Class 6-A playoffs.

The homestanding Raiders would strike first as Tristan Galy scored on a 6-yard run in the first and Coffee County led 7-0.

After a Tyler Martin interception Coffee County drove to the Blaze 5 and Manny Gonzales would kick a 22-yard field goal to make it 10-0 Raiders.

Blackman would not be denied as they put together two scoring drives. The first ended on a 5-yard run and the other happened when two Mr. Football candidates connected. QB Jack Risner hit WR Justin Brown on an 82-yard pass to give the Blaze a 14-10 advantage.

After LB Jake Barlow forced a Blackman turnover Coffee County gave the ball to their leading touchdown maker this season, Konor Heaton. He powered the ball into the endzone from 2 yards to make it 17-14 Raiders at the half. Heaton had 164 rushing on 37 carries behind the outstanding blocking from his offensive line.

In the second half the Blaze came out red hot and scored two TD’s to take a 28-17 lead. Peyton Thomas hit Brown with a 12-yard pass in the 3rd and at the beginning of the 4th a third Blackman quarterback, Ben Marshall ran a QB keeper 92 yards for a TD with 11:30 remaining in the game.

Coffee County would not quit as they battled back. Heaton scored his second touchdown, this time from 1-yard out. The 2-point conversion was no good to make the score 28-23 with 7:16 to go.

With 6:37 to go in the game Freshman Caiden Martin would strip the ball away from Blaze QB Ben Marshall and take it 30 yards for a go-ahead touchdown. Heaton added a two-point conversion and the Raiders had come from behind to take a 31-28 lead with 6:25 left.

Blackman would run one of their many trick-plays from the Coffee County 16 yard-line. Brown would cut in front on his quarterback and take the high snap and rush the ball into the endzone to give the Blaze the lead, 35-31 with 3:35 remaining.

The Raiders got the ball back and would drive to the Blackman 44, but the drive would stall and on 4th down and 10 QB Cole Pippenger was sacked at midfield. Coffee County got the ball back at their own 18 with only :06 seconds left as time ran out on the historical season. The Raiders finished the year at 9-3.

Head Coach Doug Greene told Rooster 101.5, “I’m really moved by the change the team made in the community. He also added how proud he was of his outstanding seniors, they left it all on the field.”

Caiden Martin’s strip and score earned him the Rooster 101.5 Player of the Game.

Basketball is up next for Coffee County as the boys will take on Boyd Buchanan on Thursday night and you can hear the game on Rooster 101.5 beginning at 6:30 p.m.