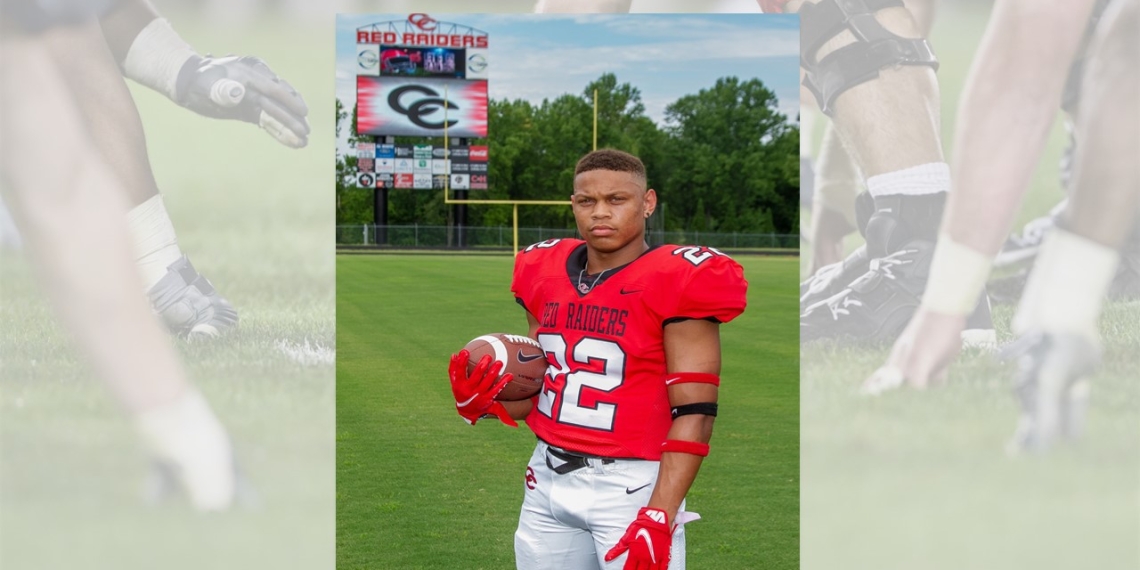 The Coffee County Red Raiders never led Stewarts Creek until it mattered on Friday night in the 1st round of TSSAA playoffs.

On the first offensive play of the Red Hawks ran a double-reverse pass for a 58-yard touchdown. Morgan Vanderbilt scored on a throw from Gage Hoover.

Coffee County answered back on beautiful drive that was finished off by Konor Heaton on a 6-yard run with 7:59 to go in the first quarter to tie it up 7-7.

At the 10:24 mark of the 2nd quarter Stewarts Creek as Hoover connected with Dylan Jones on a 20-yard touchdown to make it 14-7.

The Red Hawks were not done scoring in the first half. With 4:26 to go Hoover hooked up Vanderbilt again for a 6-yard TD pass. Stewarts Creek would take a 21-7 lead at halftime.

In the second half the Red Raider defense would go to work as they held the Red Hawks scoreless for the final two quarters and overtime.

Coffee County cut the lead to 21-14 when Heaton scored his second touchdown. The “War Pigs” (offensive line) made a fantastic push to power #22 into the endzone with 8:16 to go in the 3rd.

Heaton who rushed a career high 40 times for 193 yards scored again from 1-yard out to tie the game at 21 with 3:17 remaining in the game.

Stewarts Creek got the ball to inside Red Raider 30, but Jayden Carter would sack Hoover and the game headed to overtime.

On the first play in OT Heaton scored his fourth touchdown, this time on a 10-yard run and Coffee County took the lead for the first time, 28-21.

Heaton was named the Rooster 101.5 Player of the Game. Manny Gonzales was a perfect 4 for 4 on extra-points.

The Red Hawks got their turn in overtime, but two big defensive plays, one by Blayne Myers and the other by Carter shut down Stewarts Creek and history was made. The Red Raiders won their first-ever playoff game after 11 other tries. Coffee County also improved to 9-2 on the season. The last time the Red Raiders had 9 wins was 53 years ago in 1969.

The Red Raiders will host 2nd round of the playoffs as the Blackman Blaze comes to Manchester for a 7 p.m. kickoff. As always you can hear the game on Rooster 101.5, rooster1015.com or the Rooster 101.5 app. Also, on the app you can hear replays of the games just look for podcasts.

Despite Loss Vols remain Top 5 in AP and Coaches Polls