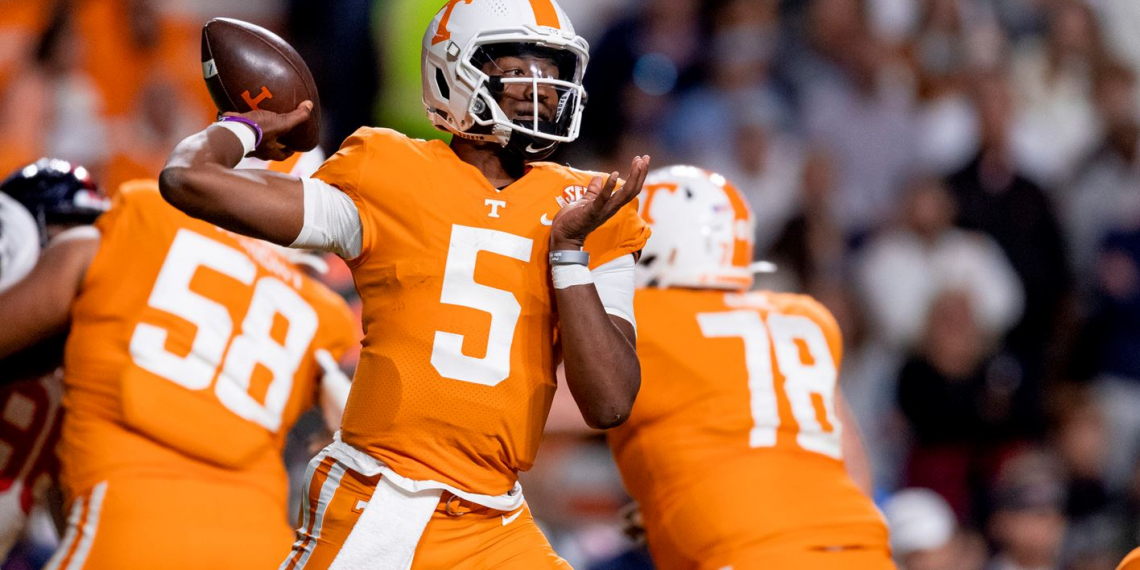 Since coming off the bench to replace an injured Joe Milton in the 2nd half vs Pitt week 2 Hooker is completing 69.3 percent of his passes (129-186) – which is also on pace to be a new program single-season record – and has thrown for 1,894 yards and 21 touchdown passes with just two interceptions. With a career-high four touchdown passes in a road win at No. 18 Kentucky on Nov. 6, Hooker passed Peyton Manning’s 1996 season of 20 TD passes for 10th on the program’s single-season list. He ranks 4th in the FBS with 190.01 passer rating and has also been dangerous on the ground ranking second on the team in rushing with 458 yards and 4 touchdowns.

The next step in the award process will be to select the three finalists based on voting from the Davey O’Brien National Selection Committee as well as the second round of the Davey O’Brien Fan Vote, which will take place on the award’s three social media accounts—Instagram, Twitter and Facebook. The top five vote getters on each platform will receive bonus committee member ballots which will be added to the votes cast by the National Selection Committee.

To participate in the Fan Vote, fans must like the original Davey O’Brien Award post highlighting the quarterback. Each round of the selection process will offer two one-week voting periods for fans.

The three finalists will be tabbed on Tuesday, Nov. 23. The winner will be announced live on Thursday, Dec. 9 on The Home Depot College Football Awards on ESPN.

The Davey O’Brien National Quarterback Award is the nation’s oldest and most prestigious national quarterback award and honors candidates who exemplify Davey O’Brien’s enduring character while exhibiting teamwork, sportsmanship and leadership in both academics and athletics. It is presented annually to the collegiate American football player judged by the Davey O’Brien Foundation to be the best of all National Collegiate Athletic Association quarterbacks. In 1977, directly after the death of O’Brien, the award was established as the Davey O’Brien Memorial Trophy, and was given to the most outstanding player in the Southwest. In 1981, it was renamed the Davey O’Brien Award, expanded nationally in scope and limited to quarterback, the primary position of its namesake.