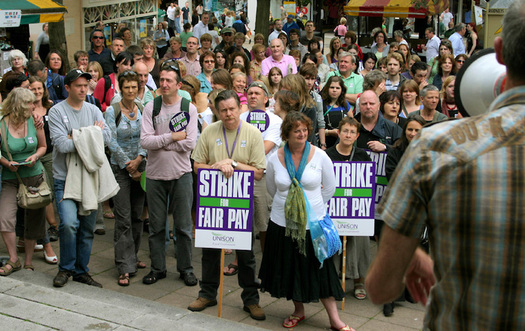 Rising prices and less consumer spending could have an effect on local government services in Tennessee, according to a new report from the Sycamore Institute.

The research showed rural communities are already hurting for bus drivers, sanitation workers and teachers, but when inflation increases the cost of running a town or a city, local budgets cannot keep up.

Brian Straessle, director of external affairs for the Sycamore Institute, explained the state gets about two-thirds of its tax revenue from sales tax. So, as prices go up, the amount of money in the state’s coffers also goes up. But it is not the case for local governments, which depend mostly on property taxes.

“Local government revenues, since they are so heavily reliant on property tax, are not going to be as responsive to inflation,” Straessle pointed out. “And going into a recession you could see, potentially, some of these governments have more demand for services and less ability to pay for those.”

He pointed out little data is collected and reported about the financial readiness of local governments for times of economic uncertainty. But he expects the gap between public workers’ wages and inflation will be mean higher job vacancies. According to state data, jobs in Tennessee’s government sector declined by 1.2% between 2015 and 2020.

Straessle thinks policymakers should be cautious about big budget decisions over the next few years.

“We’ve been in a time of tremendous economic uncertainty for the last couple of years with the pandemic,” Straessle observed. “And that is just about to get a little bit more complicated, with inflation and a potential recession.”

According to the report, the Federal Reserve’s decision to hike interest rates in order to combat inflation is also likely to shrink local economic activity and further dampen household and consumer spending, which could set the stage for a recession.