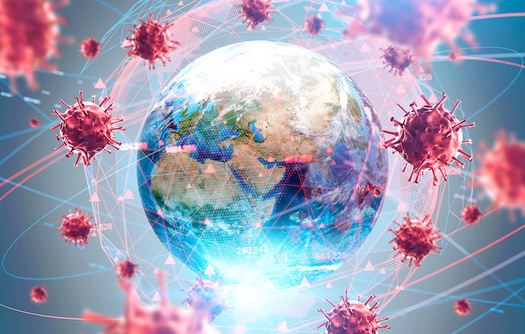 How to Use Stats to Prepare for Next Pandemic

Researchers have found cultural and demographic factors can help predict how COVID-19 and future outbreaks could progress.

The authors said their techniques potentially could be used to figure out how an infectious disease will move beyond hot spots to regions that are not yet affected.

“Many people might want to know why the proportion of African Americans highly predict the rate of infection, but we actually don’t know why,” Borycz explained. “There are other researchers that work that type of work. All that we know is that that factor predicts higher rates of infection.”

As governments struggle to predict and plan for the next disease outbreak, Borycz argued a data-driven approach could help save lives.

He added the U.S. scored high on many of the sociocultural risk factors for an outbreak, including low trust in institutions and high levels of obesity. Nearly 600,000 people in the U.S. have died from the coronavirus.

The study also found voting patterns could be used to predict disease spread.

Borycz said the data showed in large cities, even when controlled for population density and other differences, areas with more Democratic voters had a higher rate of infection and death from COVID-19.

“And so, you might think, based on the news, that Republicans distrust the government more, they were less likely to wear masks, that they would have a higher rate,” Borycz outlined. “But it was actually the opposite of what we expected.”

He also noted the analysis made some surprising predictions about the spread of COVID-19 around the world, which showed African countries would not be heavily affected by COVID-19. So far, around 133,000 people have died from the coronavirus on the African continent, far lower than elsewhere around the globe.

Photo: Predictive modeling using social-cultural factors could help governments predict how a disease will spread during the next infectious-disease outbreak. (Adobe Stock)