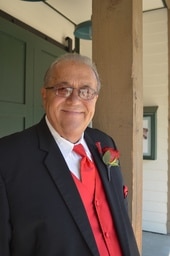 MANCHESTER – Funeral services for Mr. Jack Milan Dragovic, age 73, of Manchester, will be conducted at 1:00 PM on Saturday, August 8, 2020, at Manchester Funeral Home. Mr. Dragovic passed from this life on Tuesday, August 4, 2020, at St. Thomas – West in Nashville, TN.

Jack was born in Germany on June 7, 1947, the son of the late Milan and Mica Dragovic. Jack moved to Chicago, IL in 1952, with his parents from Yugoslavia. He was a Vietnam War Veteran, serving in the United States Army. He went to school and lived in Chicago until 2011, when he moved to Manchester with his beloved wife for their retirement. He was a loving husband, father, and grandfather.