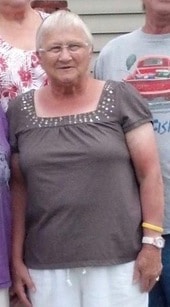 Ms. Janet Sue Franklin, age 77 years, 6 months, and 25 days, passed away suddenly on September 13, 2020 at Unity Medical Center in Manchester. A memorial graveside service will be held on Thursday, September 17, 2020, at 11 AM in the Concord Cemetery with pastor L.Z Johnson officiating.

Ms. Janet was born on February 19, 1943, in Elkhart, IN to the late Joseph and Pauline Miller Fodroczi. She was a homemaker who loved to read magazines and complete crossword puzzles and work puzzle books, but her greatest joy came from spending time with her family, especially her grandchildren and great grandchildren.