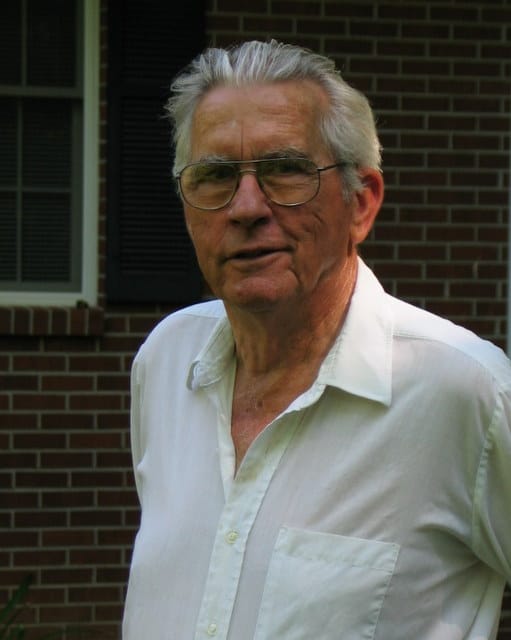 Born in Smithfield, N.C., on May 24, 1928, Roberson graduated from Cleveland High School before earning an associate degree from Mars Hill College, a bachelor’s degree from North Carolina State University, and a master’s degree from West Virginia University.  He enlisted in the U.S. Air Force in 1952 and completed aviation training in 1953 at Malden Air Base, Mo., where he met his future wife, Bettye J. Wall.  They were married March 28, 1953.

Roberson flew the F-86 and F-86D before becoming a civilian instructor pilot for the Air Force.  Recalled to active duty in 1961, he flew the C-123 and F-4 and served in the Vietnam War in 1962 and 1969.  He retired from the Air Force in 1979 while on the faculty of Embry Riddle Aeronautical University in Daytona Beach, Fla.  He then began a second career as an engineer for McDonnell Douglas Aircraft in St. Louis, Mo.  He retired in 1990 to Manchester, where he raised beef cattle and pine trees.

Roberson was an American Contract Bridge League Silver Life Master, a hunter and competitive pistol shooter, a woodworker, a lifelong Methodist, and until his last years an active volunteer for various civic and charitable projects.

A celebration of life will be help Monday, Dec. 28, at 2 p.m. at First United Methodist Church in Manchester. Arrangements are by Manchester Funeral Home.