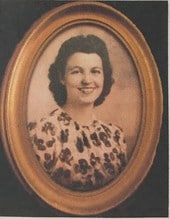 MANCHESTER – Juanita Maye Phelps Jackson, a long-time resident of Manchester, TN, passed away October 8, 2020 at the NHC Tullahoma Nursing Home in Tullahoma, TN. Juanita was 94 years young. She was born April 5, 1924 in Maryville, TN, into the loving family of William Esco Phelps (died at age 92) and Rosa Honor Davis Phelps (died at 98). She was one of eight children consisting of four brothers and three sisters.

She was preceded in death by her husband, William Jackson, JR. and her two daughters, Rebecca Lynn Haggard and Tressa Karen Rickles. She is survived by her brother, Darrell Phelps who is 98 years young of Maryville, TN, grandson Bill Rickles of Tullahoma, TN, granddaughter Emily Delight Haggard of Manchester, TN, and several nieces and nephew.

Juanita met and fell in love with William Jackson, Jr. of Coalfield, TN while working at the Aluminum Company of America in Alcoa, TN. They married on May 18, 1944, and Bill soon boarded the USS Torrance and was off to fight in the Pacific, during WWII. Juanita changed jobs to help in the war effort by working on the secret, “Manhattan Project” at Oak Ridge, TN. After the war they settled in Coalfield, TN where their two daughters were born. They later moved to Benton County, TN where Bill partnered with his father-in-law, William Esco Phelps, to operate a 400-acre farm. When Mr. Phelps retired and moved back to Maryville, TN, Bill and Juanita moved to Manchester, TN where Bill worked at Arnold Air Force Base as a pipefitter. They were very active at the Westwood Baptist Church in Manchester, TN for many years.

Juanita was a loving wife, mother, grandmother and just a wonderful person. She especially enjoyed gardening and music. She played several musical instruments and frequently preformed on stage with her granddaughter, Joy Leann Haggard (deceased).

Coffee County Funeral Chapel has been entrusted with the arrangements. Juanita will be buried beside her husband in Rose Hill Memorial Gardens in Tullahoma, TN on Monday, October 12, 2020 at 1:00pm.