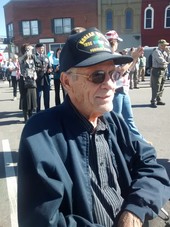 MANCHESTER – Graveside services for Mr. Kenneth Glenn Bickel, age 88 years, 3 months, and 15 days, of Manchester, will be conducted on Monday, November 2, 2020, at 12:30 PM in the Middle Tennessee State Veterans Cemetery in Nashville, with military honors. Mr. Bickel passed away on Sunday, October 18, 2020 at his home after an extended illness.

Mr. Bickel was born on July 3, 1932, in Manchester to the late Carl and Grace Hickerson Bickel. He served his country in the United States Navy as an Airman. He retired from NCR Corp. as a computer technician after 38 years. He was also a member of the New Union Church of Christ in Manchester.