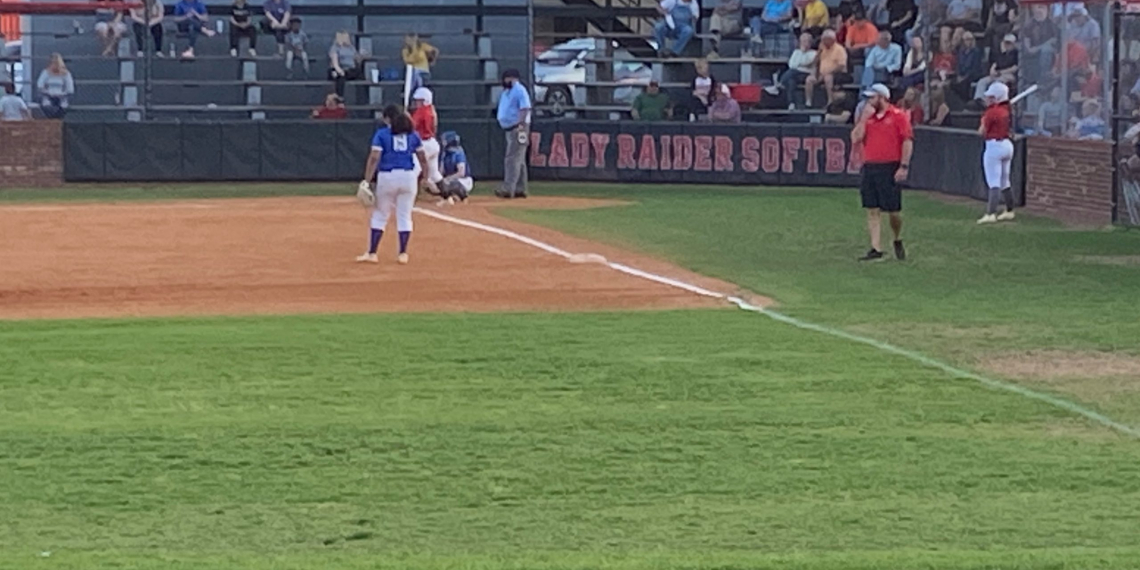 Solid pitching, hitting and defense by the Coffee County Lady Raiders propelled them past Shelbyville 8-0 on Tuesday night in the District 6-4A softball tournament.

Coffee County got on the board in the first. Kiya Ferrell singled and scored when Channah Gannon singled and Ferrell scored after a bad throw to third. Freshman catcher Jalyn Moran hit a long homerun to centerfield to put the Lady Raiders up 3-0 after one.

Coffee County scored once in the second. Haidyn Campbell doubled and scored on a hit by Moran.

The Lady Raiders pushed across three more runs in the fourth inning.  Olivia Evans got a two-run hit scoring Jada Bowen and Ferrell and Campbell chased home Evans with a single.

Chloe Heist took the loss for Shelbyville Eaglettes. She went one and one-third innings, allowing three runs on four hits and walked one.

Coffee County tallied 12 hits with Moran and Ferrell leading the way with three each. The Campbell sisters, Haidyn and Paisley had two each. Moran added 3 RBI to earn the Sir Pizza Player of the Game. Ferrell scored 3 times.

Wednesday the Lady Raiders will travel to Warren County for the District 6-4A Championship. Game one of a possible two starts at 6 p.m. If Coffee County wins game one, game two will take place. Both teams have earned berths into next week’s region tournament.

Coffee County Soccer to play for the District Championship