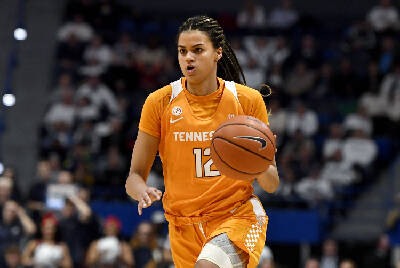 On Saturday the Lady Vols unfortunately fell in a competitive matchup against the Gamecocks of South Carolina 67-52 in the semifinal round of the SEC Women’s Basketball Tournament.

The Lady Vols got off to a rocky start with the Gamecocks taking the lead and ending the first quarter on top 29-13. Tennessee answered back by outscoring South Carolina 12-10 in the second quarter. Despite Tennessee’s comeback South Carolina went into the locker room on top 39-25 at the half. The Lady Vols stayed strong out of halftime, but the Gamecocks continued to dominate and end the third quarter with the lead 59-39. The Lady Vols played tough in the fourth quarter, but South Carolina controlled the lead to end the contest on top and advance in the semifinal round of the SEC Women’s Basketball Tournament. Jordan Walker and Jordan Horston both lead the way in scoring posting 11 points each. Rennia Davis and Rae Burrell scored 9 points on the night for Tennessee. Tamari Key notched 8 points for the Lady Vols.