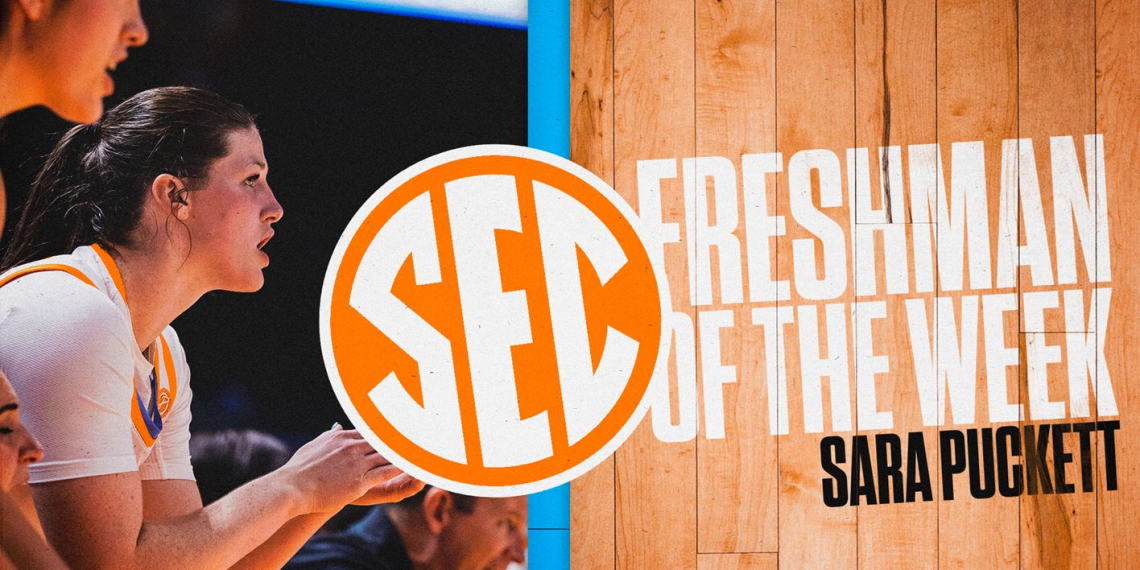 Tennessee guard/forward Sara Puckett has been named the SEC Women’s Basketball Freshman of the Week.

Puckett averaged 10 points and 2.5 rebounds last week, as the 9th ranked Lady Vols picked up a pair of wins that vaulted them into the AP top 10 for the first time in nearly three years

The 6-foot-2 freshman was sensational in UT’s win over Virginia Tech, scoring a career-high 15 points on 7-of-11 shooting and adding three rebounds to keep the Big Orange unbeaten at 8-0 and end the Hokies’ 63-game home-court win streak against non-conference opponents. She had 5 points and 2 rebounds vs Tennessee Tech, a 76-48 victory for the Lady Vols.

Puckett, scored eight of her points in the decisive fourth quarter, spurring Tennessee to a 16-3 blitz over the final six minutes that enabled the Lady Vols to overcome a seven-point deficit and record their fourth final-quarter comeback of the season.

The UT reserve has scored in double figures in two of her past three games and has increased her season scoring average to 7.5 ppg. and her shooting percentage to 46.2%.

Puckett and the Lady Vols are back in action on Sunday, as they begin a five-game home stand with a 1 p.m. contest vs. Georgia State. You can hear the game on The Rooster 101.5 with pregame coverage set for 12:30 p.m.