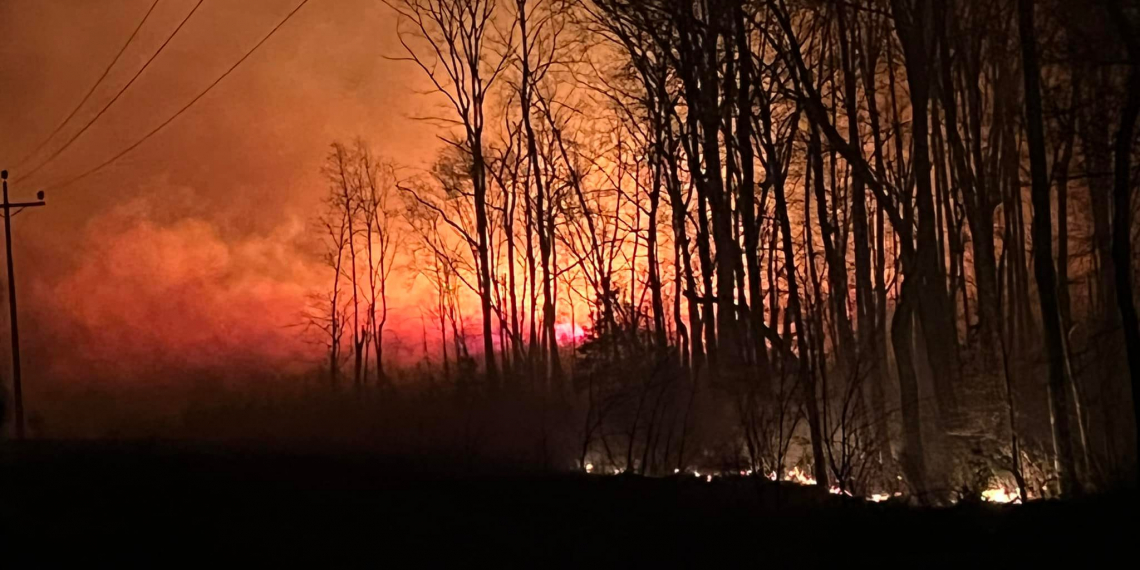 The Tracy City Fire Department responded to the blaze and later the forestry departments from Grundy and Marion counties brought large bulldozers to the scene.

The fire got close to some homes in the area, but crews were able to control it as heavy rain began around 10 p.m.