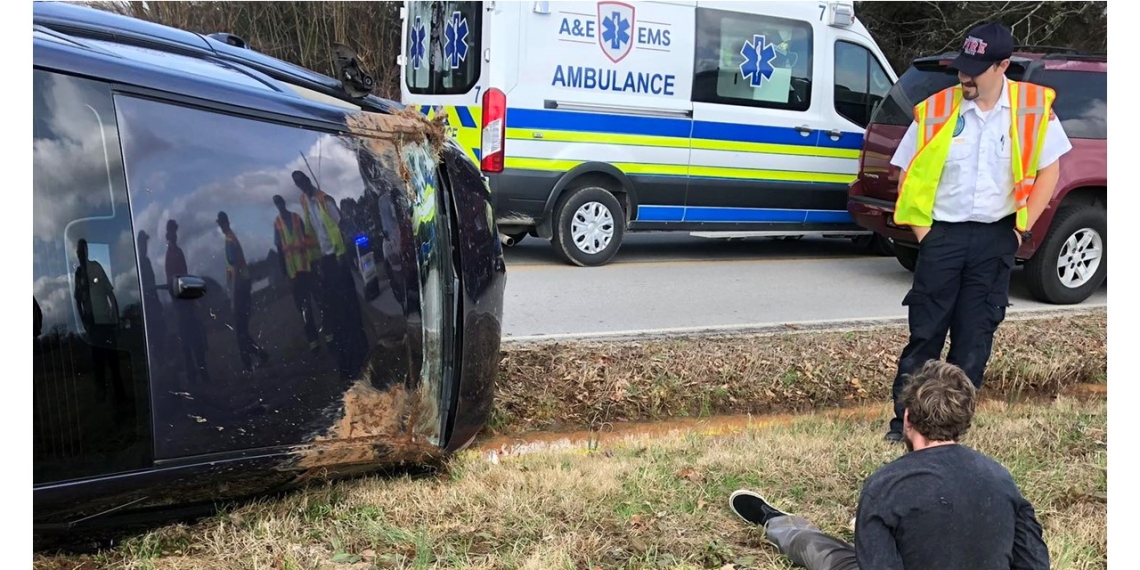 The Franklin County Sheriff’s Department reports that Samuel Carey Busbin was involved in a vehicle pursuit and crash on Tuesday afternoon. He was operating his Ford Fiesta on Hwy 64 without displaying registration.

Sergeant Daryl Sweeton began observing the vehicle, and the car started driving erratically. Sergeant Sweeton attempted to stop the vehicle. The vehicle failed to stop and traveled on Hwy 64 at a low speed. The car eventually stopped but began driving again, ignoring Sergeant Sweeton’s commands. The vehicle continued traveling at a low speed. The car stopped on Holders Cove Road near Hwy 64.

Busbin did not comply with Sergeant Sweeton’s commands a second time and sped away at a high rate of speed. The vehicle crashed in a curve on Holders Cove Road.

Busbin was transported to the hospital with non-life-threatening injuries.

Busbin will be charged with the following: Felony Evading Arrest, Driving Under the Influence, Reckless Endangerment, Reckless Driving, Possession of Drug Paraphernalia, and Improper Registration.