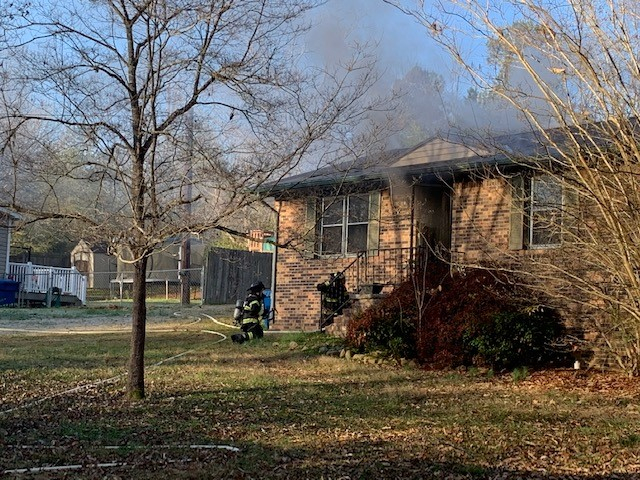 Manchester fire crews responded to a reported structure fire Tuesday morning on Glenburg Dr. When crews arrived on scene there was smoke coming out of the eaves of the home. Firemen found the fire to be in the living room area of the home. Firemen then made entry into the home to attack the fire that was in the center wall on the left side of the living room. Crews opened the attic up to check for any fire extension into the attic area and found minimal extension into the attic, was primarily smoke in the attic.

Once the scene was safe to enter, investigators entered the home to determine the cause of the fire.

Fire Chief George Chambers said the most probable cause of the fire was a wall heater turned on due to low temperatures which caught a recliner on fire that was near the heater.

No one was at home at the time of the fire and damage was limited to the area around the wall heater, along with the chair and other items.

There was significant heat and smoke damage in the home.