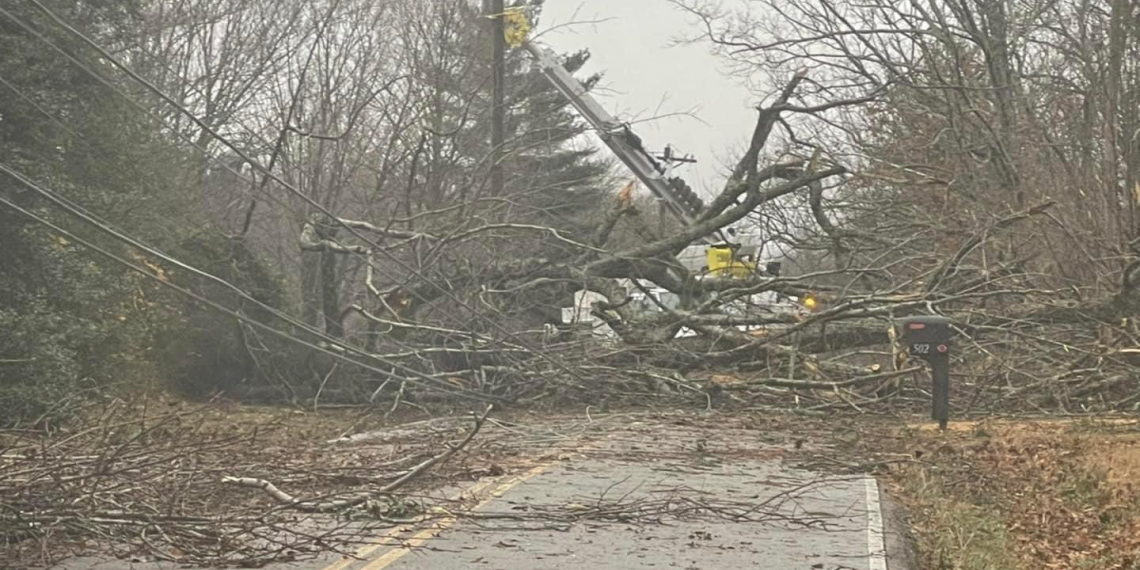 We have more information on the tornado that touched down in our area on Monday morning; The tornado touched down in the Raus community near Smith Chapel Road at Elijah Parker Road in far southern Bedford County, where it caused EF0 damage including blowing down a wall at the Raus Community Center and knocking down trees on Powell Hollow Road.

Moving eastward, the tornado crossed into Moore County and strengthened to EF-1 where it blew down numerous trees and caused minor damage to several homes along Brinkley Road, Ledford Mill Road, and Motlow College Road.

The tornado then moved into Coffee County, continuing to blow down trees and damage homes in areas along and near Ledford Mill Road. The tornado weakened as it entered and moved across northern portions of the city of Tullahoma, where it damaged signs and outbuildings along North Jackson Street, then blew down numerous trees and caused minor roof damage to homes on Normandy Road, Riley Creek Road, around the Lakewood Golf Course, and in the Lake Tullahoma Estates and Breckenridge neighborhoods before lifting.

This tornado is the first December tornado on record for Coffee County.

Wind speeds reached a high of 90 mph during its peak. The path length was 8 miles, and the width of the tornado was a maximum of 100 yards.