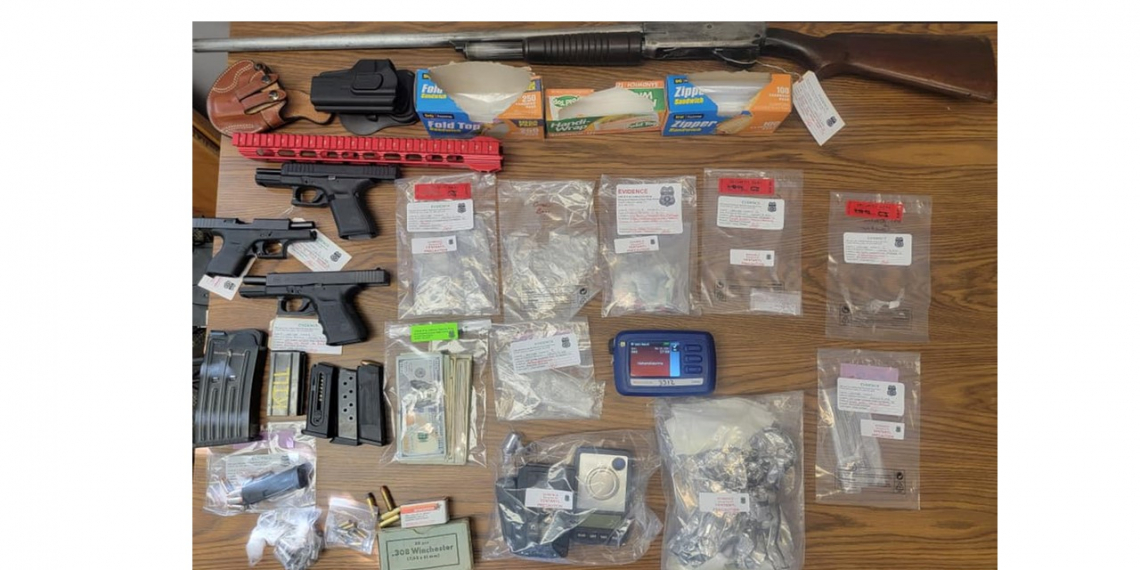 A joint investigation by the Marion County Sheriff’s Office Criminal Investigation Division (MCSO) and the 12th Judicial District Drug and Violent Crime Task Force (DTF) has resulted in additional charges and arrests associated with the burglary and theft of 28 firearms from the Mountain Mart that occurred in Marion County in December of 2021.

Dustin Stephens has now been charged with Burglary, Theft over $10,000, and Unlawful Possession of a Firearm by a Convicted Felon. 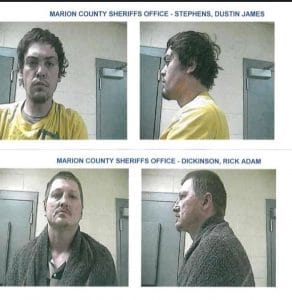 Also charged in the investigation is Rick Adam Dickinson of Monteagle. On February 18, 2022, law enforcement from multiple agencies including DTF, MCSO, and the Tennessee Highway Patrol executed a search warrant at Dickinson’s residence in Monteagle, Tennessee. During the search of the property, law enforcement discovered stolen firearms from the Mountain Mart, methamphetamine, heroin, stolen construction equipment, and stolen motorcycles. The Grundy County Sheriff’s Office and Tracy City Police Department came to the scene and discovered additional stolen items including tools and construction materials that had been stolen from construction sites throughout Grundy County.

Evidence obtained during the investigation allegedly shows that Stephens broke into the Mountain Mart, stole the firearms and sold some of them to Dickinson the day after the burglary. Dickinson allegedly began selling the stolen firearms to other individuals that he was also selling methamphetamine and heroin too.