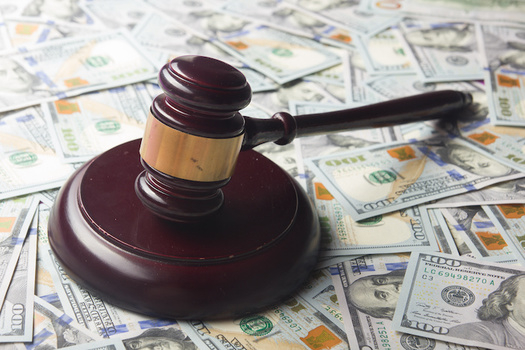 Tennesseans charged with a crime often face a mountain of fees and fines, even if they aren’t convicted.

Critics say mandatory costs help pay for operating the criminal-justice system, but may simultaneously create new, indirect costs for governments, while trapping those who are unable to pay in the system.

“If you use a public defender, there is a fee for that service,” Pellegrin explained. “You can face fees for things like a blood alcohol test or a drug test. You often owe a weekly or a monthly fee for probation or parole.”

Tennessee law allows judges to reduce or waive costs for those who cannot afford them, but Pellegrin pointed out audits have found wide variation across the state in how judges determine who can and can’t pay, and cautioned heavy caseloads often leave little time to accurately assess an individual’s ability to pay.

Pellegrin noted costs can be levied by courts, state officials and sometimes even private entities.

She stated civil action against people who have not paid their fees and fines can lead to garnished wages, interest, and other penalties, further driving individuals into debt.

She believes it’s time for the state to assess the role of fines and fees in communities.

“One really good place to start is better understanding the extent to which different local governments in Tennessee are relying on this as a source of revenue,” Pellegrin contended.

If debts lead to incarceration of a parent, they may also contribute to negative long-term outcomes for children.

Photo: For people unable to pay, court fees and fines can prolong their involvement in Tennessee’s criminal-justice system. (Adobe Stock)