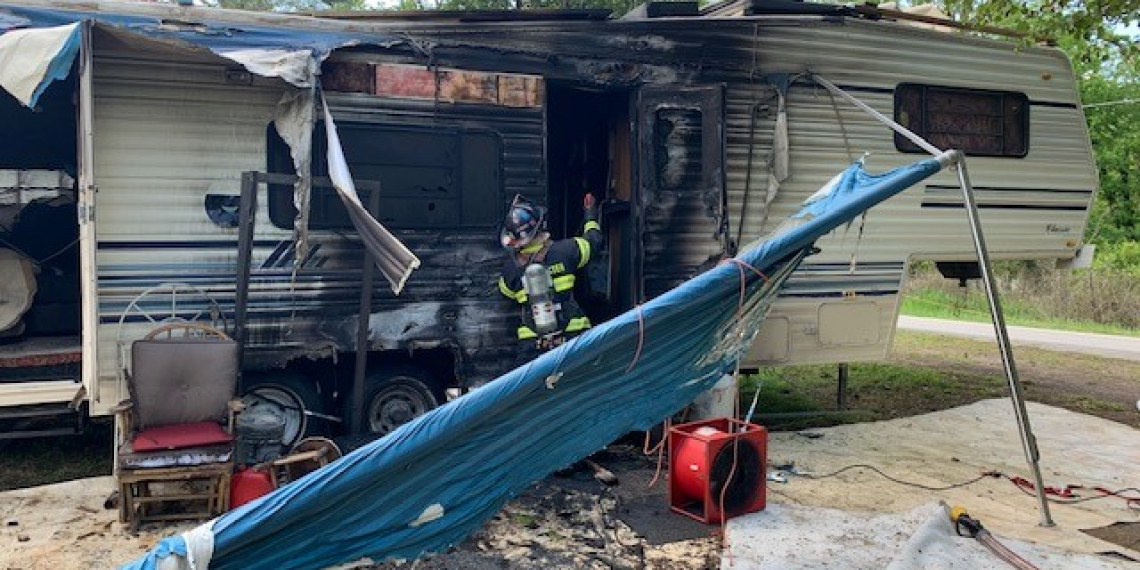 Manchester Fire-Rescue responded at the request of Hickerson Station Volunteer Fire Dept to a mutual-aid structure fire call on Mountain View Rd around 10:44 AM Thursday morning.

When crews arrived on scene, there was a 30ft, 5th wheel type trailer with light smoke coming out of it, and all occupants were out of the trailer.

Engine 611 arrived on scene, deployed an attack line and began extinguishing the fire. Once the axle area was knocked down crews entered the trailer and found heavy smoke and minor fire underneath the sink area. Crews then began ventilating the trailer and then began salvage and overhaul operations.

Using a thermal imaging camera Engine 611 crew went through the area checking for hot spots, found a couple and extinguished those area.

Once it was determined to be fire safe, crews exited and began decontamination procedures on equipment and protective clothing.

The Red Cross was contacted for assistance to the occupants who were displaced from the fire.

The cause of the fire is under investigation and there were no injuries during the incident.