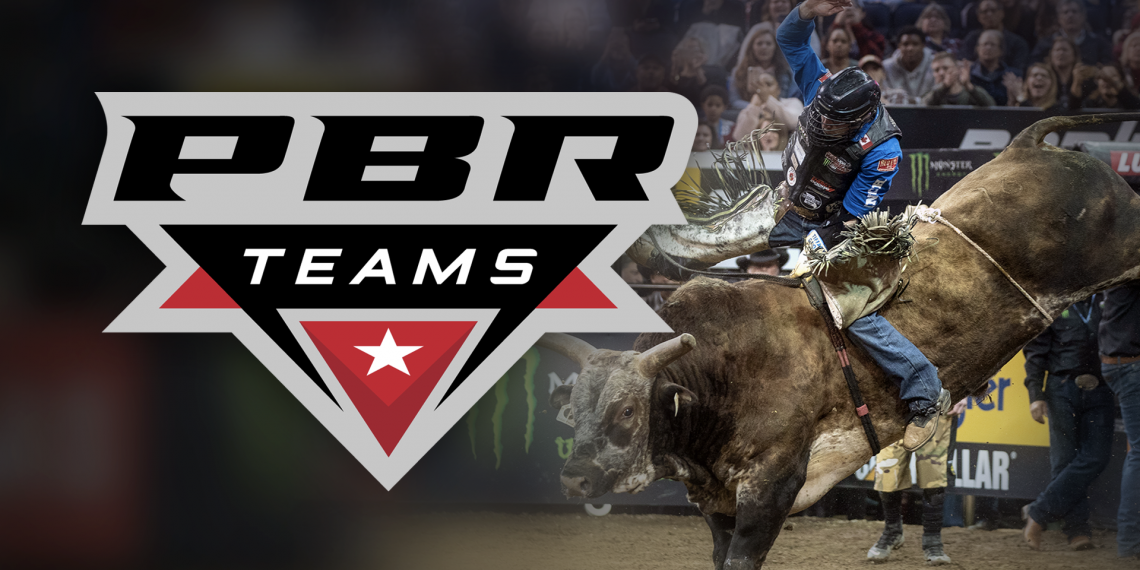 On the opening day of the season, the Nashville Stampede went head-to-head with the Carolina Cowboys in arguably the most exciting game of the evening.

After a back-and-forth battle, the Stampede emerged the more dominant team, covering 80% of their bulls en route to a 337.75-257.25 victory.

The Stampede then readied to take on the Missouri Thunder Tuesday evening, who also logged a game win on the first day of the season.

In a game which would determine the event winner, the Stampede fell short by one ride, defeated by the Thunder 174.25-87.

Entering the bonus round, the Stampede were one of five teams with a 1-1 record. With the out slated to be a crucial tie-break, Head Coach Justin McBride elected to put the team’s first round Draft pick and 2018 PBR World Champion Kaique Pacheco atop Mike’s Motive.

Pacheco, however, fell short of the 8, bucked off in 2.89 seconds. As a result, the Stampede finished sixth in the bonus round, earning 3 bonus points.

The Nashville Stampede are now fifth in the regular season standings, having gone 1-1 in game play, amassing 424.75 aggregate and 3 bonus round points.

PBR RidePass on Pluto TV will offer re-airs and on-demand replays of all the action. PBR RidePass is available on desktops, laptops, and mobile devices via www.pluto.tv.

During the opening night of competition for Outlaw Days on August 5, the Nashville Stampede will play the Ariat Texas Rattlers.

The Nashville Stampede are based at Bridgestone Arena in Nashville, Tennessee, where they will host their inaugural homestand, Stampede Days, on Aug. 19-21.

PBR TEAM SERIES SEASON STANDINGS: Here are the current Team standings for the regular season after the season-launch event in Cheyenne, Wyoming:

Missouri Thunder Edge Nashville Stampede by One Score to Go a Perfect 2-0 During Game Play in Cheyenne, Wyoming

The Missouri Thunder continued to ride supreme in Cheyenne Tuesday evening, winning their second game in as many days when they defeated the Nashville Stampede by one ride score. As both teams entered the showdown fresh off Monday night victories, the intensity was undeniable from the moment the first chute gate cracked open. First out, Jesse Petri (Dublin, Texas) outlasted Cold Chill (D&H Cattle Co./Futrell) to give the Thunder a brief 85.75-point lead. Not to be outdone, Thiago Salgado (Navirai, Brazil) gave the Nashville Stampede a 1.25-point lead when he reached the whistle atop Whiplash (Blake Sharp/Floyd Lowery/CB &Traci Lee) for 87 points. While the second round of riders yielded a buckoff for the Thunder, the Stampede was awarded a re-ride following Fernando Henrique Novais’s (Pereira Barreto, Brazil) trip with Stone Colder (D&H Cattle Company). As the game rolled on, the Missouri Thunder righted the ship when Andrew Alvidrez (Seminole, Texas) kept in perfect time with Chanler’s Dream (Universal Pro Rodeo) for 88.5 points, earning the team its second qualified ride and go-ahead score. Unable to keep his team even with the Thunder, 2018 PBR World Champion Kaique Pacheco (Itatiba, Brazil) was upended by Shake & Bake (Ty Rinaldo TZ Bucking Bulls) in 3.17 seconds. Following buckoffs from Clayton Sellars (Fruitland Park, Florida) for the Thunder and Joao Henrique Lucas (Bastos, Brazil) for the Stampede, the Thunder found themselves with one out left, while the Stampede had two, each having a viable pathway to victory. The Thunder’s first round draft pick, Colten Fritzlan (Rifle, Colorado), was unable to clinch the victory for his team, bested by Off Campus (Dakota Rodeo/Brian & Ashley Pintar/Clay Struve/Chad Berger), opening the door for the Stampede’s Novais and Lucas Fideles Souza (Barnstable, Massachusetts) to make a come-from-behind push for the win. However, the two Stampede riders were unable to rise to the occasion, allowing the Thunder to win the game 174.25-87. At the conclusion of the game, the Thunder (2-0) advanced to the bonus round with an unblemished record, while the Stampede (1-1) readied for their final out with a split record.

ABOUT THE NASHVILLE STAMPEDE:

The PBR Team Series is an elite new league that will feature the world’s top bull riders competing on teams in five-on-five bull riding games during an 11-event season beginning in July and culminating in a team championship at T-Mobile Arena in Las Vegas November 4-6. During the 2022 season, each of the eight teams representing teams in Austin, TX; Fort Worth, TX; Glendale, AZ; Kansas City, MO; Nashville, TN; Oklahoma City, OK; Ridgedale, MO; and Winston-Salem, NC will host a three-day homestand. There will also be neutral site games in Cheyenne, WY and Anaheim, CA. To determine team rosters, the league held a rider draft on May 23 prior to start of the 2022 season among any bull riders who have declared for the draft during a league eligibility window. The PBR Team Series builds on the existing structure of professional bull riding with the same basic rules for judging and scoring qualified 8-second bull rides. Events will be staged in a tournament-style format with all teams competing in head-to-head matchups against a different opponent each day. Each game will feature five riders per team squaring off against another team. Full team rosters will be comprised of seven riders on the core roster and three practice squad members. The team with the highest aggregate score of qualified rides among its riders will be declared the winner of each game. The event winner will be the team with the most game wins across an event, with a special bonus round designed as a tie-breaker to determine final event standings. All PBR Team Series events will be carried on either the CBS Television Network, streaming live on Paramount+, CBS Sports Network, or RidePass on PlutoTV.