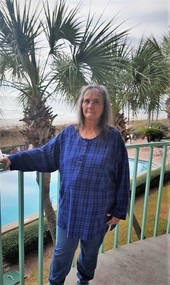 Burial will follow in Hopewell Cemetery. The family will receive friends from 6:00 PM until 8:00 PM on Friday, July 24, 2020, at the funeral home. Ms. Baltimore passed from this life surrounded by her family on Wednesday, July 22, 2020, at her residence in Manchester, TN.

Darletta was born on September 21, 1952, in Muncie, IN, the daughter of the late Imogene Lance. She worked for Crane Industries in Woodbury before her retirement. Darletta loved to dance, tie-dye, and spoil her grandchildren. She was known as the “Tie-Dye Lady”. Darletta was a loving mother, grandmother, and sister.

Manchester Funeral Home is honored to serve the Baltimore family.