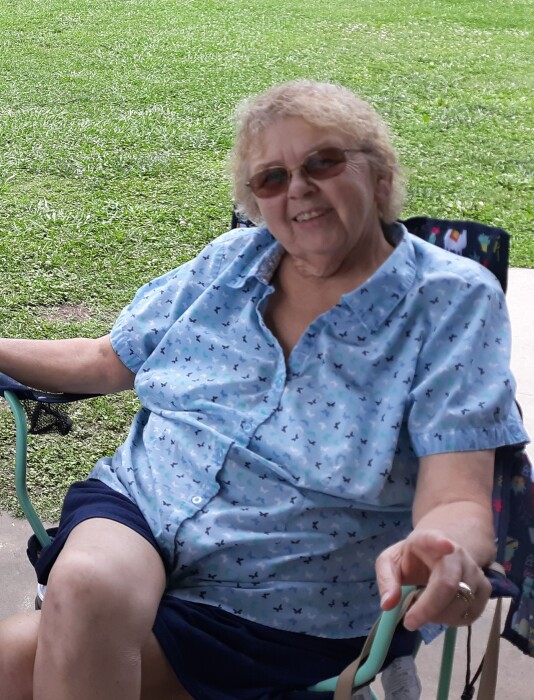 Memorial services for Mrs. Freida Lynn Daniel Clouse, age 68 of Manchester, will be conducted on Saturday, January 23, 2021 at 1:30 PM in the Blanton’s Chapel cemetery. Visitation with the family will be held on Saturday from 11 AM until 1 PM in the Coffee County Funeral Chapel. Mrs. Clouse passed away at her home on January 18 after an extended illness.

Mrs. Clouse was born on December 24, 1952, to the late Jeff and Ruth Keele Daniel in Manchester, TN. She was employed as a driver and laborer at AEDC and was a member of the Friendship Baptist Church in Manchester. Mrs. Clouse was an accomplished musician and loved singing, playing, picking & grinning, and entertaining family and friends. She also enjoyed watching westerns, cracking jokes, being outdoors, and her popsicles. Mrs. Clouse was a loving caregiver to many and made it her goal to help people feel better and put a smile on their faces.

In addition to her parents, Mrs. Clouse is preceded in death by her husband, Herman Clouse. She is survived by her children, Jeff Brannon, and Davina Lawson; grandchildren, Christian Coulson, Tommy Lawson, and Austin Brannon; great grandchild, Carson Coulson; brother, Mike Daniel and his wife, Carolyn; sister, Janie Stout and her husband, Steve; her beloved fur babies, Charlie and Annie; several nieces and nephews, and a host of friends.

In lieu of flowers, the family is asking friends and family to make donations to Davina’s church, which Mrs. Clouse enjoyed and appreciated. Please give online to Canvas Community Church at https://www.cometocanvas.com/give-online/